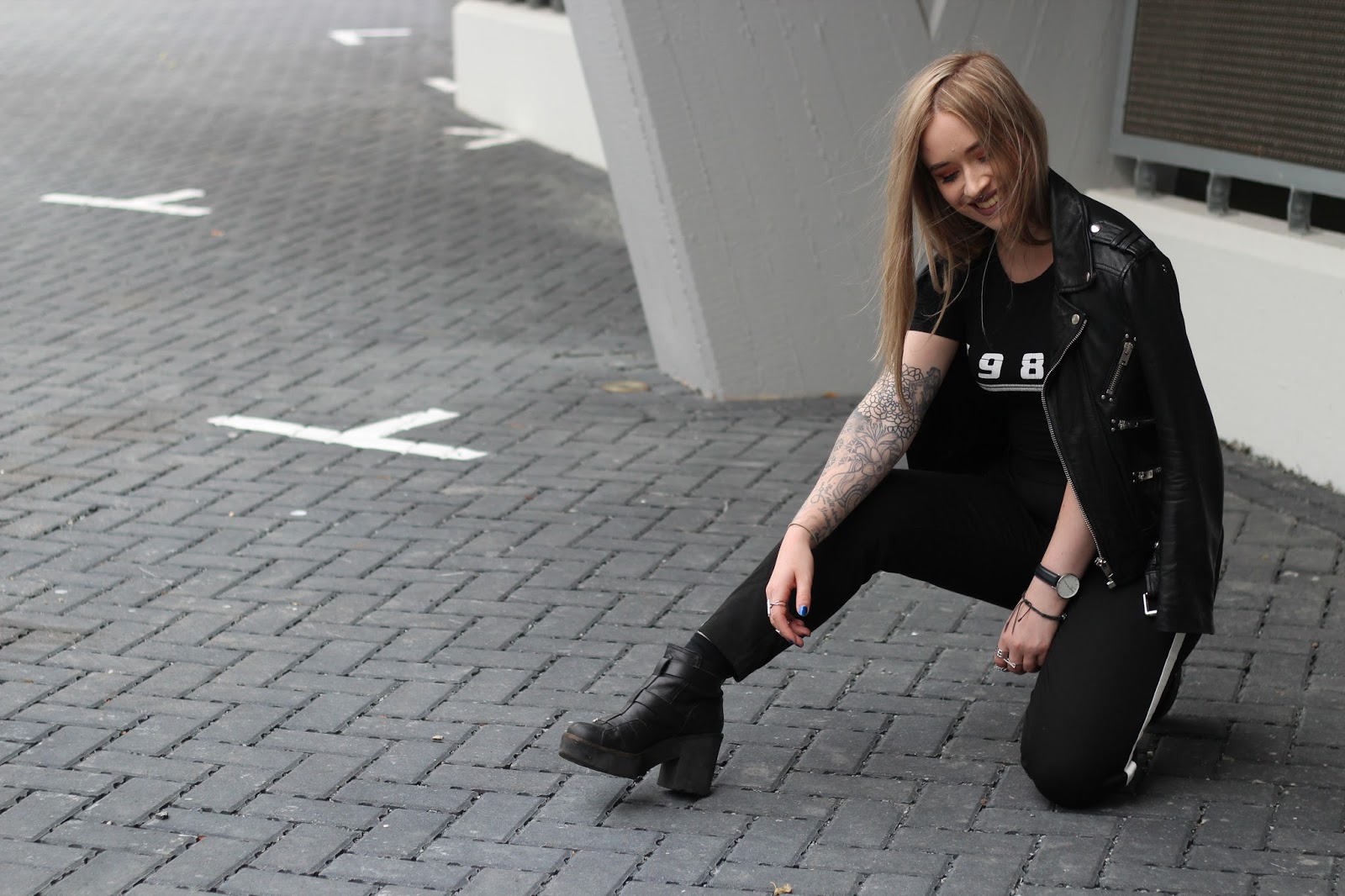 Anyone else remember that kids film about the girl with the pet zebra called Stripes that she wants to train into a racehorse/race…zebra? Only me? Ok then. (Great film by the way, from what I can remember of it). Ever since I wore this outfit for an afternoon of girly hangs and freakin’ beaut dessert (see the vlog here) I’ve not been able to get that film out of my head. Something about embracing that racing stripe trend and wearing completely monochrome probably has a lot to do with it to be honest.

I would never describe myself as a particularly trend led blogger, I must say, however there are times when a trend will come along and I just can’t help but adapt elements of it to my personal style or even at times outright and shamelessly embrace it for myself. This has definitely happened this summer with stripes. I think there’s a part of me that’s reminded (dare I say it) of the 90’s leggings/tracksuit phase. I used to beg my Mum for a pair of Adidas leggings with the stripes down the side but she’d always say no – I think this was my inner sports luxe babe trying to make herself known at the tender age of 8 – so now I am a fully fledged “adult” and have complete control over my own wardrobe I’m embracing everything my pre-teen self wasn’t allowed.

Granted, my favourite Zara trousers are infinitely smarter than the heady days of the 90’s, but I still think they bring that sports luxe vibe to the table while at the same time allowing me to stay looking tailored and put together. I also feel that they definitely flatter my “it’s Christmas weight I promise” figure that I’ve been trying to ignore since January and really probably should do something about before y’know, this Christmas rolls around. 21 Fridays apparently guys, let’s just let that sink in for a moment…

I decided to team them with my sporty Zara bodysuit (can you see a theme emerging here) and my favourite albeit worn to death chunky black boots from Office. I realised that I hadn’t worn my leather jacket from The Kooples on here much recently – probably something to do with the super inconvenient heatwave (damn my winter themed wardrobe) – so I grabbed that to wear over the top. It was probably a bad idea in the super muggy weather but dammit I just can’t keep leaving my baby in the wardrobe. 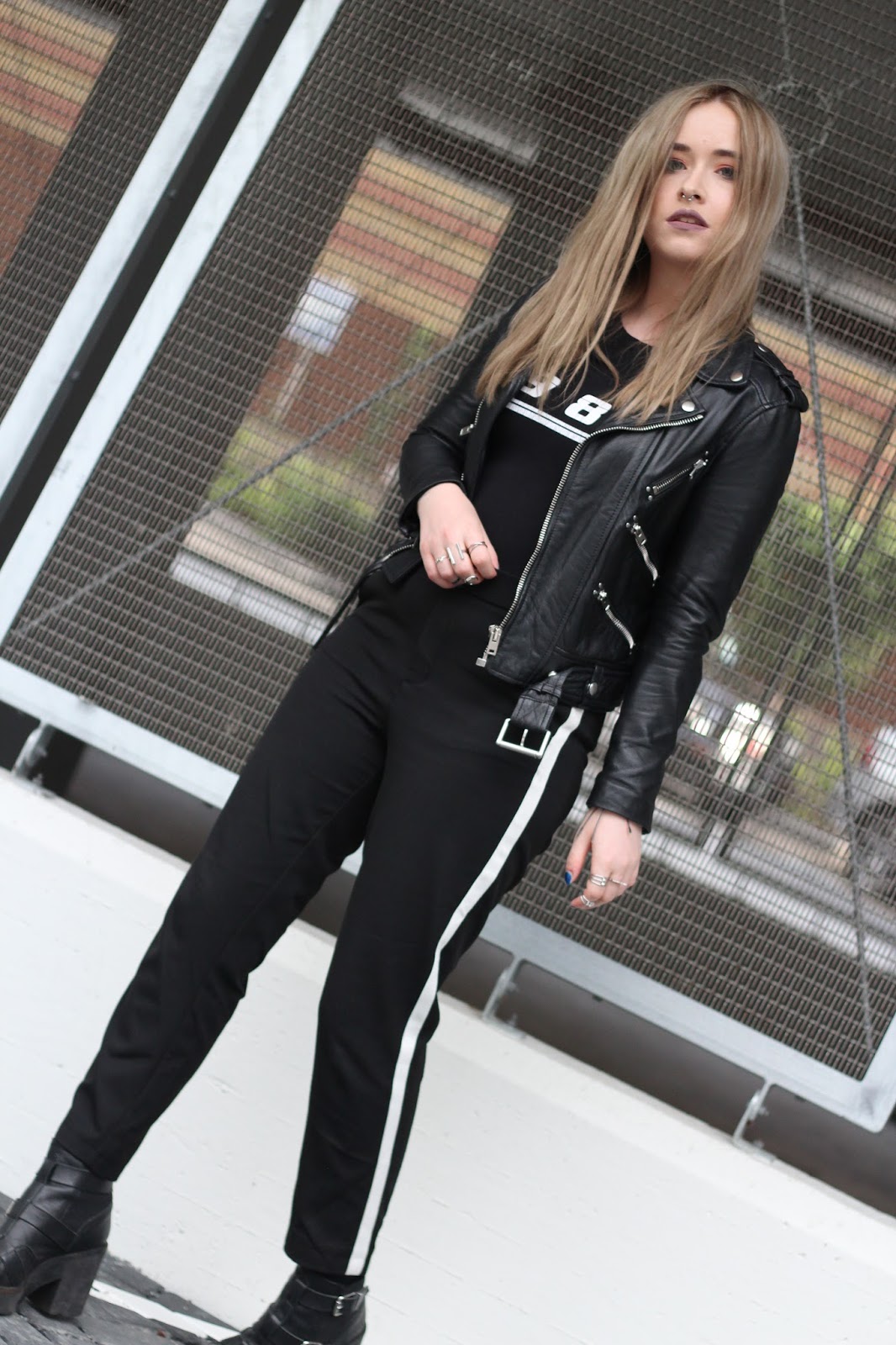 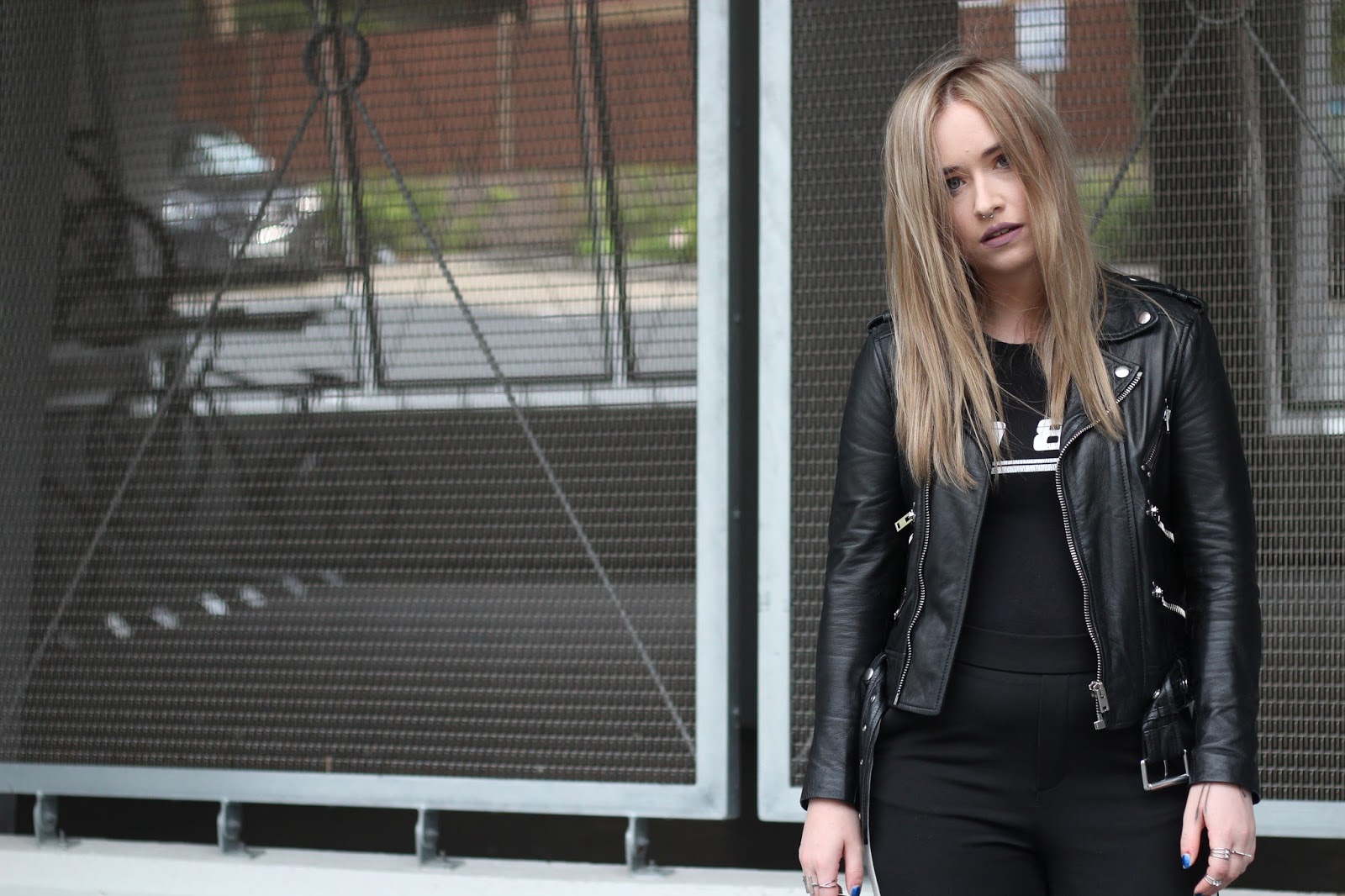 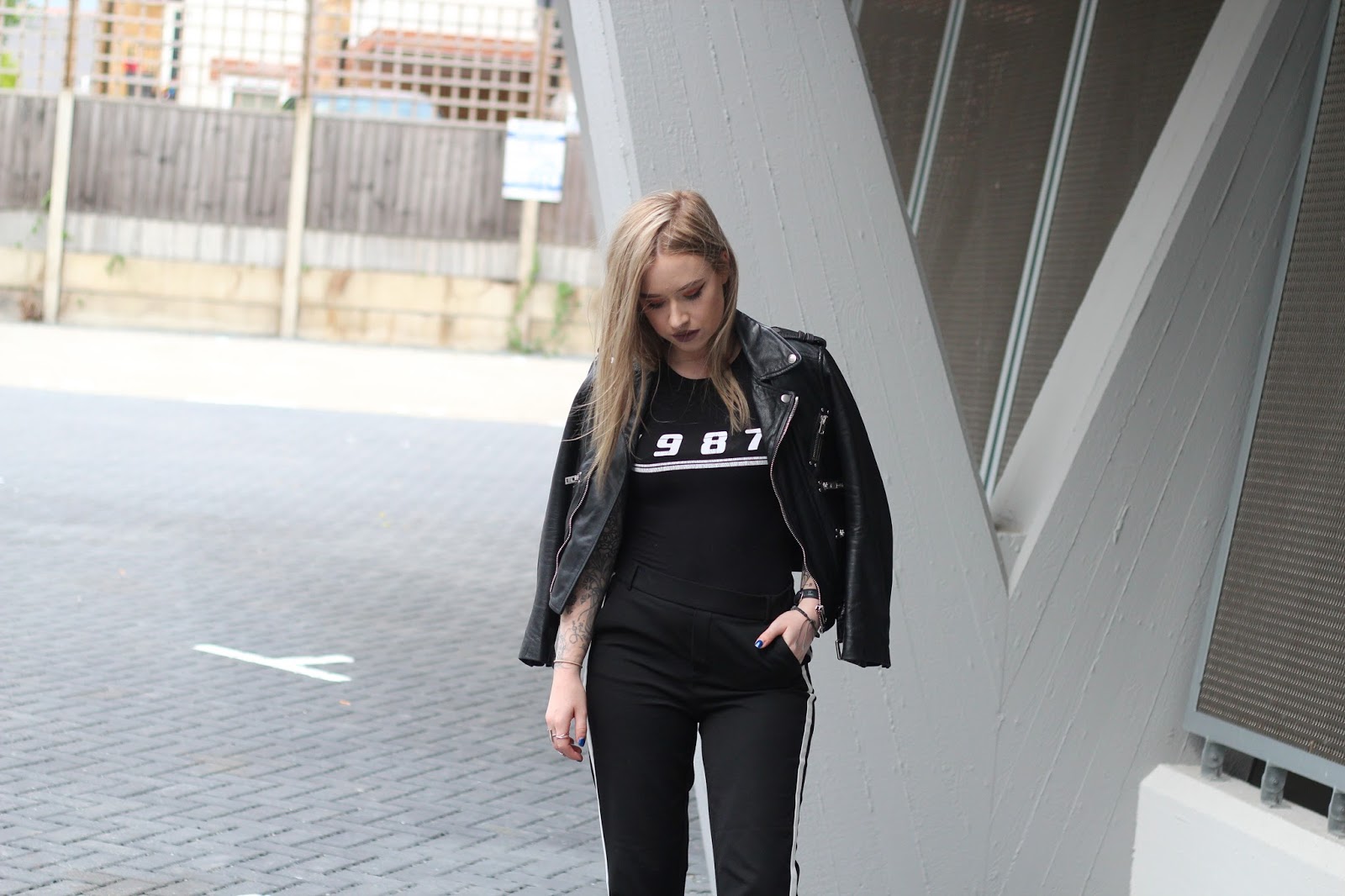 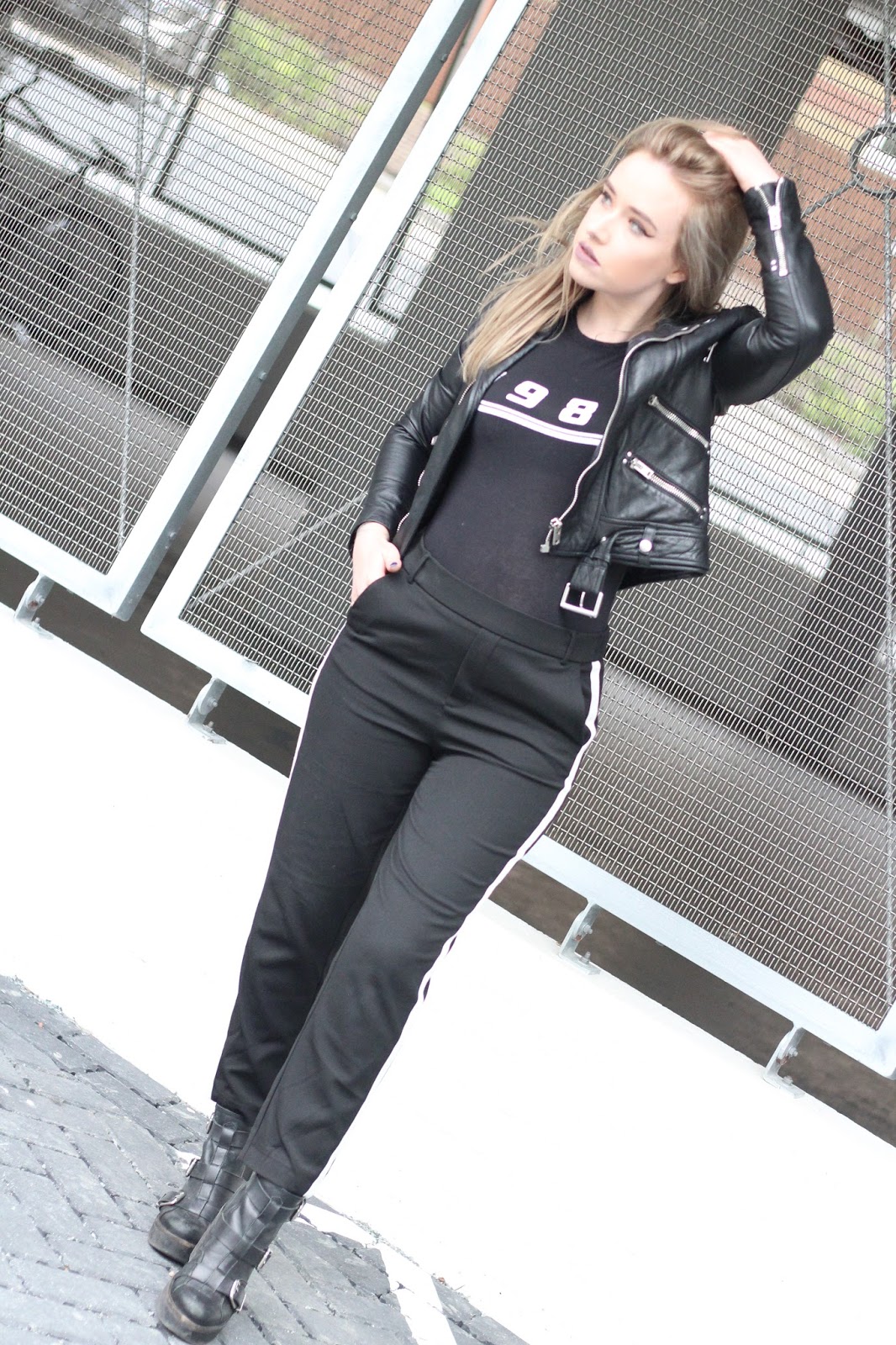 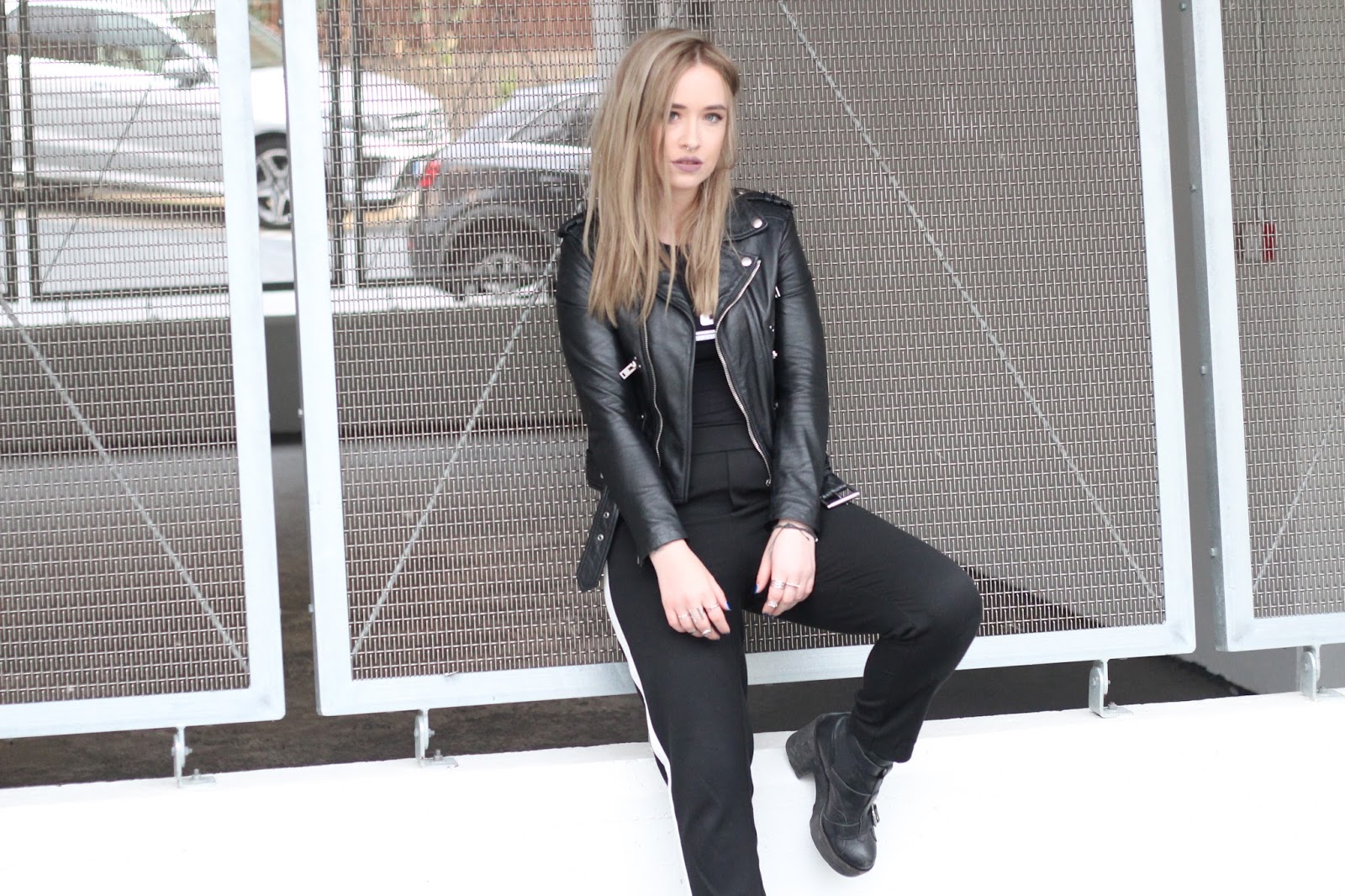 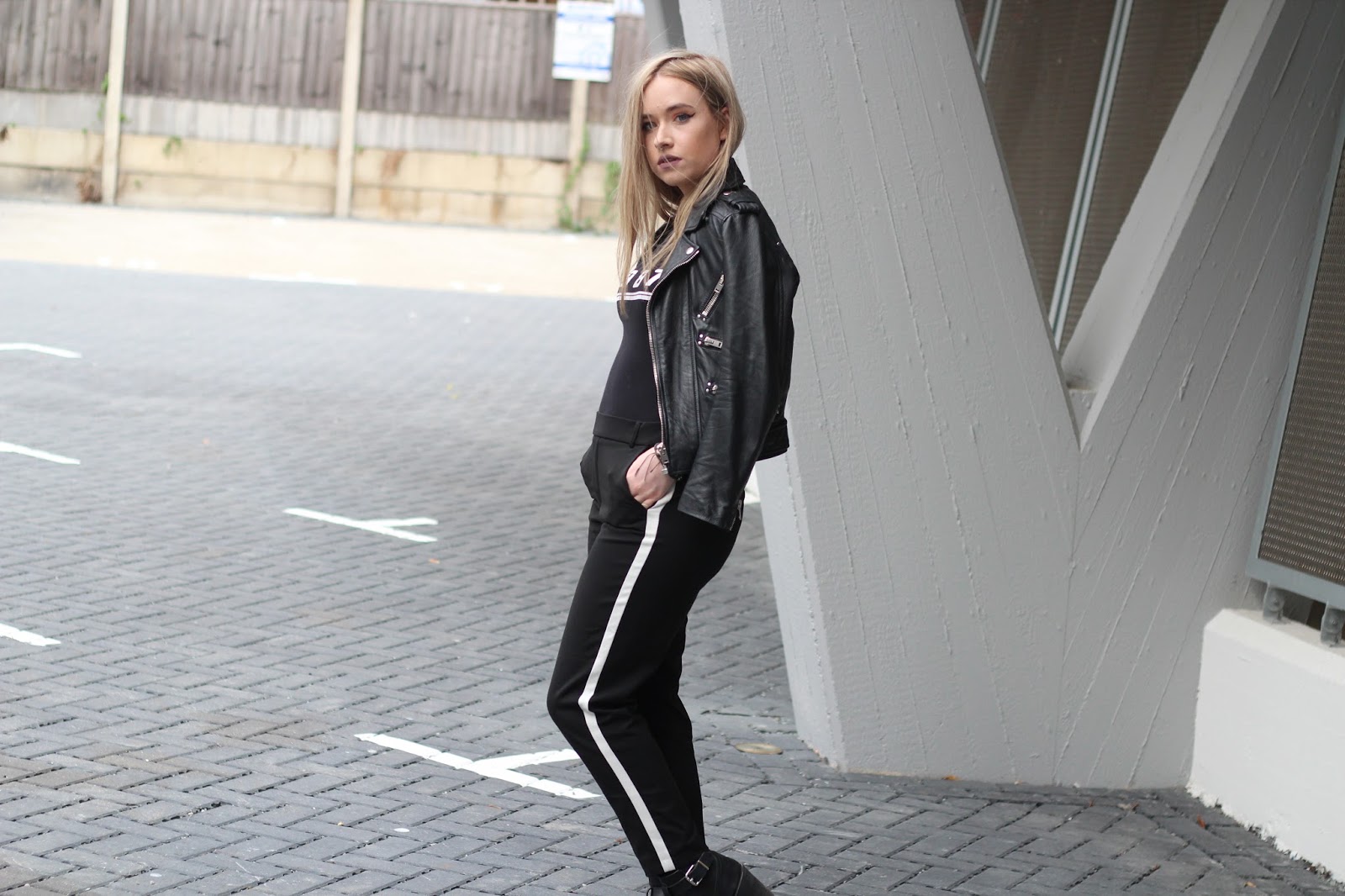 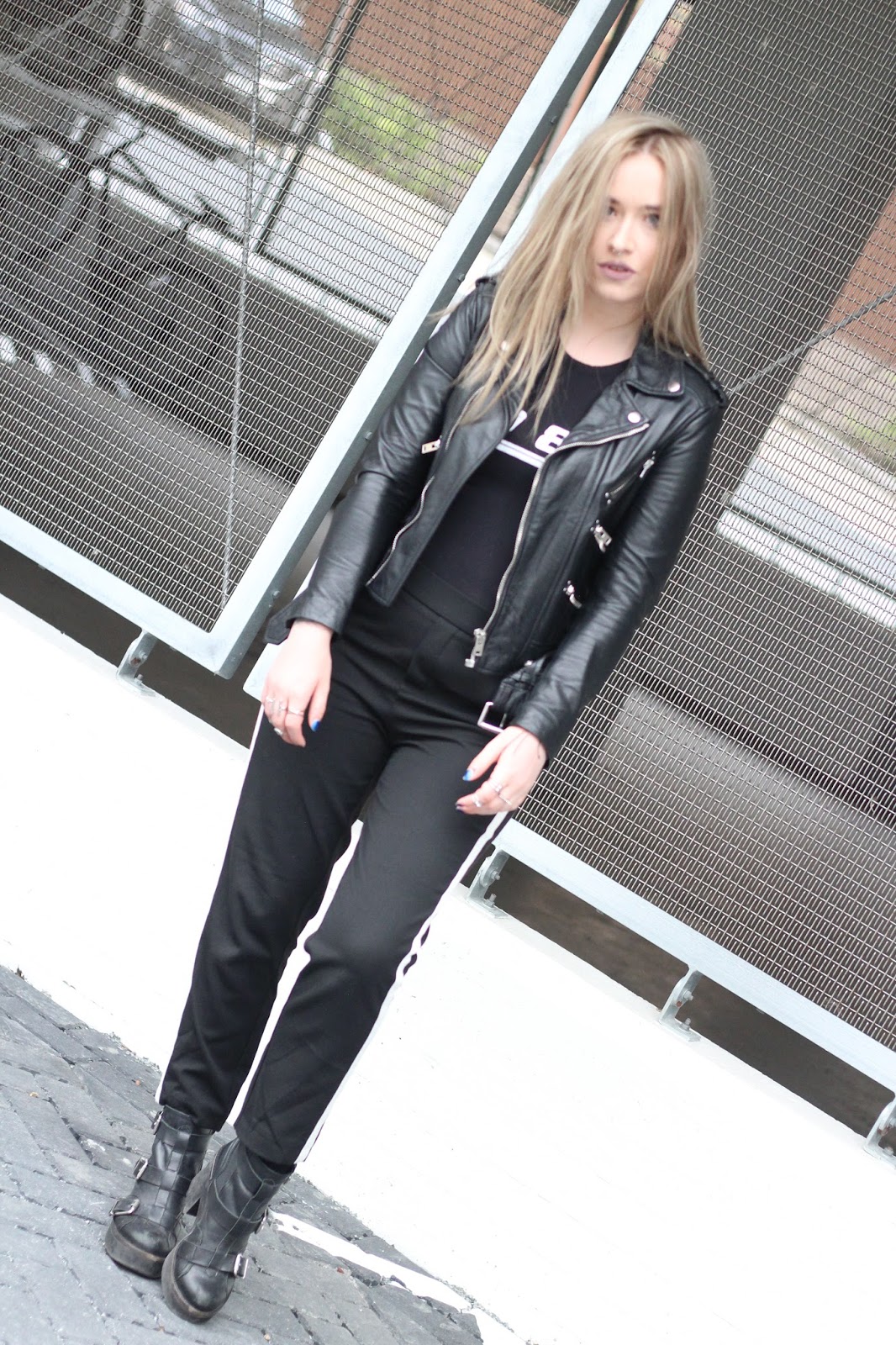