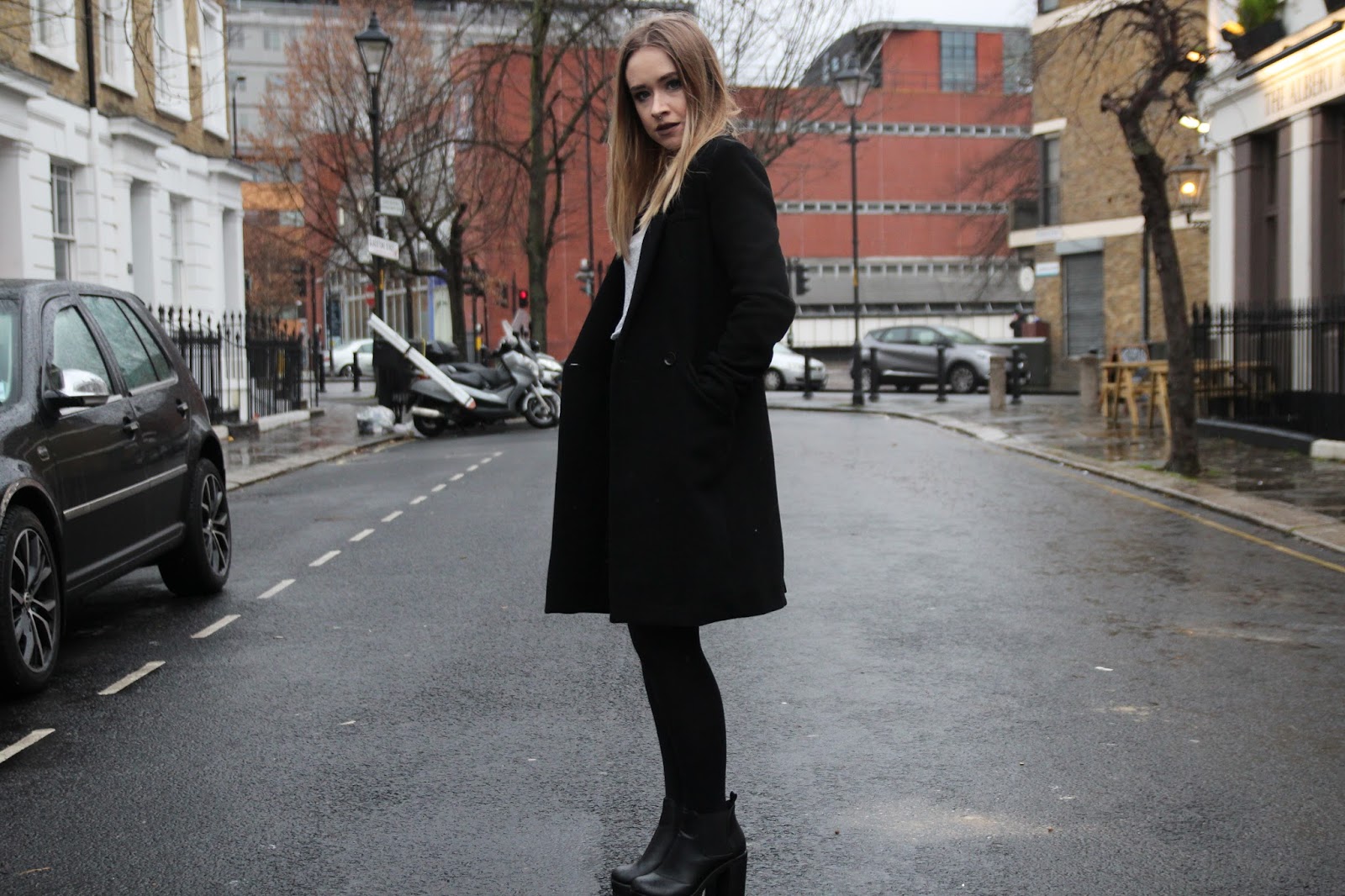 Really, really lighthearted and not at all long winded post coming at you this Tuesday guys…I jest. It’s a long one, I’d highly recommend grabbing yourself a cuppa and a snack and settling down for the long haul because today I’m going to discuss with you an issue that’s tainted my life for the past 4 years.

I’ve been debating a billion different ways of writing this post or filming a video the last few months, but really I’ve never plucked up the courage. I always find myself chickening out at the last minute and I’m not sure if it’s a fear of judgement, of people thinking I’m stupid and pathetic, or whether it’s the fear of people thinking I’m just crying for attention. It reminds me so much of how I used to feel in the ‘Myspace days’ when depression was like the in thing to have amongst alternative kids, but I used to actually suffer from it yet I felt like a fraud whenever I mentioned it because so many people were being accused of faking it for attention.

But today (or yesterday when you’re reading this) I had another attack and honestly, enough is enough. I need to get these words out as much as to make sense of everything myself as well as to raise awareness that this is actually a real condition, and that it is debilitating and that it can completely affect and take over not just your life, but your loved ones’ too.

I am emetophobic first and foremost. Emetophobia is a fear of vomit, whether being sick or witnessing other people being sick. But I need to make this very clear: it’s not just disliking being sick, it’s literally doing anything within your power to stop it happening. It’s genuinely wishing you could die rather than ever being sick in your life again. It’s avoiding social situations just in case you catch something, it’s giving yourself dermatitis on your hands from washing them so much because #germs, it’s not letting yourself get drunk in case the alcohol makes you sick, it’s being too scared to go into work when you know one of your colleagues has been sick. It’s crossing the road to the other side when you see a pool of vomit in the street and worrying for 48 hours after that you’re going to catch something, it’s knowing everything possible about how stomach bugs are caught and spread, the incubation period for bugs and food poisoning, it’s not even being able to watch someone vomit in a film without it triggering you, it’s having such a huge anxiety attack when your boyfriend is poorly that he ends up looking after you despite the fact that he has food poisoning.

It’s developing anxiety so badly that you struggle to leave the house. Its analysing 24/7 how you’re feeling just in case. It’s no longer being able to tell the difference between feeling sick and feeling hungry so you avoid food. It’s developing a seriously unhealthy relationship with food because it terrifies you, so you either binge on junk ‘safe’ food like crisps and chocolate, or barely eat at all.

It’s taken over my life.

Mum says I’ve always been scared of being sick, but I don’t remember being this bad until about four years ago when I caught norovirus and couldn’t stop myself throwing up, to the point where I was throwing up my stomach lining and I had to be injected with anti-emetics. I recovered, I was fine, it was unfortunate but I was ok. Then 8 weeks later I got food poisoning and was hospitalised it was so severe, and ever since then it’s gone into overdrive.

I developed chronic post-viral IBS which exacerbated my difficulties with food as everything seemed to irritate it. I spent more time in bed and in the bathroom than I did anything else. I avoided seeing my friends because I was too scared to leave the house, I could barely make it through a shift in work. I was training for the World Irish Dance Championships at the time and I struggled to make it through practice my anxiety would go into overdrive and I was so weak from barely eating.

As the years have gone on I’ve slowly learned how to cope better – one of the main saving graces for me was getting my first proper office job. I had the most understanding boss in the world and he supported me when I was bad but I also knew that I needed to stick the days out in work, I couldn’t just go home any longer like I used to. This really, really helped me.

I had a nutritionist examine my diet to see if there was something there causing the problem with my IBS but she couldn’t find anything. I had three operations, biopsies, you name it, I had it. But nothing came back – every test was inconclusive, which left me struggling still to get through the day without an attack. I dropped so much weight and only managed to get through the days by taking constant anti-sickness tablets.

I went vegetarian and that has really helped to cut out the issues with food and IBS, however none of this has helped my emetophobia and my anxiety, and unfortunately IBS is triggered by stress and anxiety too.

I feel like I’m trapped in a never ending circle nowadays – my emetophobia kicks in, so I get an anxiety attack which triggers the IBS which makes me panic that I’m going to be sick and triggers the emetophobia again…

I’m writing this from my bed, four hours after the attack and I feel dehydrated and I feel nervous to try and eat again later. I’ve recovered from this one quicker than some – in the past I’ve had them last days, I’ve been unable to eat for 48 hours – usually after the initial symptoms stop I’m plagued with agonising cramps and spasm in my gut, then comes the pains down my legs and finally the constant dull ache in my kidneys and lower abdomen. Nothing stops it.

I’ve tried counselling, I’ve tried meditation, I’ve tried getting over it myself, I’ve read up and researched it to death but I just don’t know what to do anymore. Today I got sent home from work again because out of nowhere it sprang up on me and I couldn’t function – how can I work efficiently when I’m having to dash to the bathroom every 10 minutes? It makes me feel like a failure, a failure because I can’t do my job properly some days, a failure because at almost 25 I still need to call my Mum almost daily just to get me through the day, a failure because I can never 100% let myself relax in any situation just in case, a failure because most nights I wake up and wake my boyfriend up with my stomach causing me pain.

I guess this post is just to get this off my chest, to let others who might have the same issue know that they aren’t actually alone, there is a name for it and it’s a real condition that needs talking about a lot more, and for those who don’t know about it I guess I just want to raise awareness. Let people know that everyone is going through something even if they appear fine on the outside.

Do you suffer from this or know anyone who does? Honestly any advice you could give me at all would be so welcome, I feel like I take 2 steps forward to take 4 back and it’s exhausting.