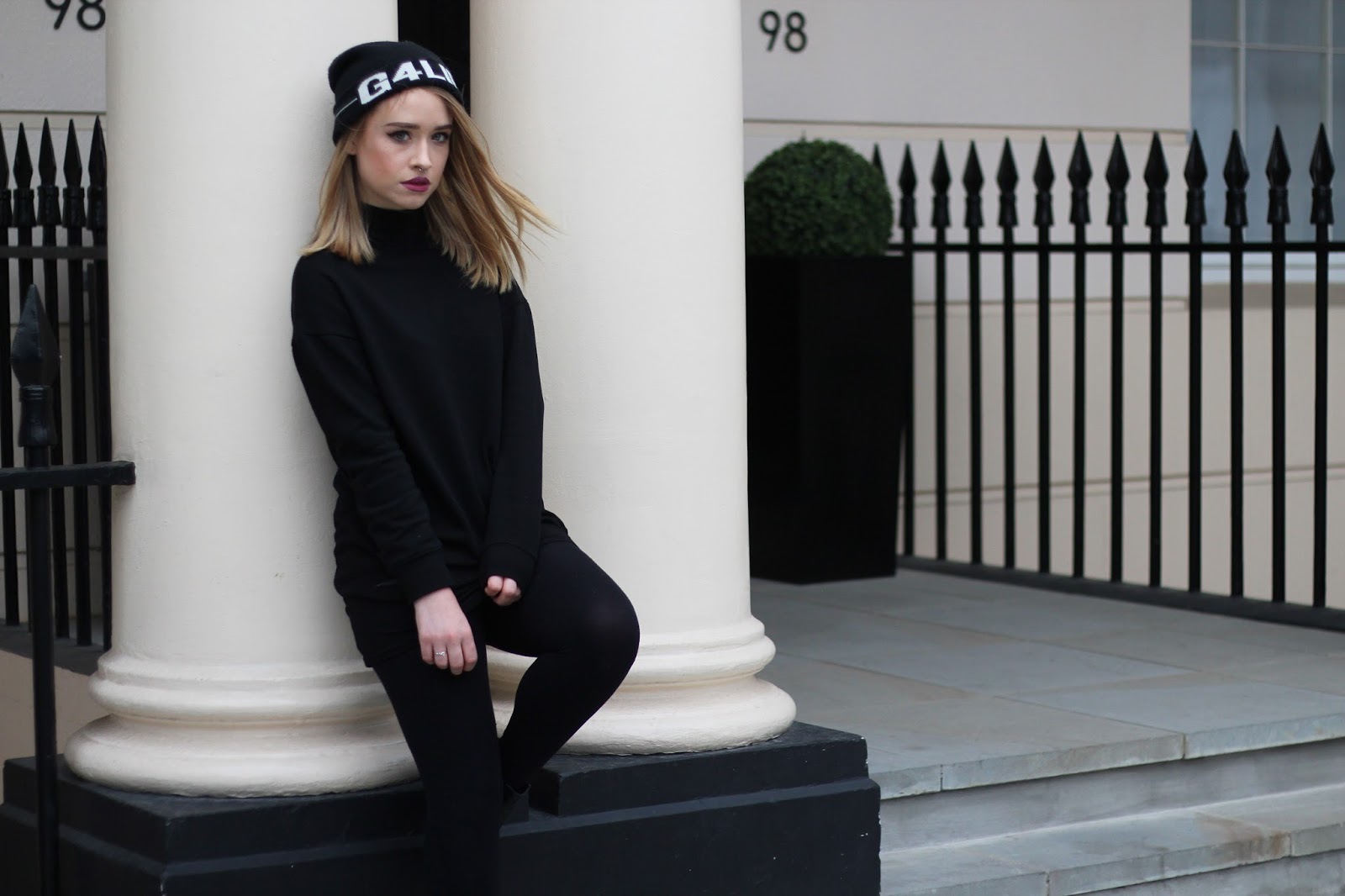 It is now September, just in case none of you had noticed, and therefore it is perfectly acceptable for me to leave the house resembling Wednesday Addams on a daily basis. Not that I don’t do that for the rest of the year too, but y’know ~transitional dressing and all that…

What these photos tell you: I like black, I like turtle necks, winter dressing is officially acceptable again (aside from today when London decided to surprise everyone with another 31 degrees heatwave but y’know) and I’m clearly posing against some colonial inspired architecture on one of those London streets.

What these photos don’t tell you: it was actually muggy as all hell so I was secretly really, really warm but trying to pretend that I was nailing seasonal dressing, I had just had my first Pumpkin Spice Frappe of the season and was in full on Starbucks heaven, I had quickly consumed a cookies and cream cake immediately following the PSF and felt a little bit sick because sugar, but also really proud of myself because dayummm appetite you back bitch.

Oh and I live absolutely nowhere near your typical cute, monochrome London street, and in actual fact I live about 5 minutes away from your typical, grimy London high street and 2 minutes from the estate where they filmed Attack the Block. So y’know, there’s that.

Seasonal dressing for me basically follows one rule: pile on as many layers as possible for comfort and ignore the weather reports stating that the temperatures aren’t actually going to be as cold as I’d like them to be. Since it was finally, officially, September I decided that it totally constituted my embracing the sweater like a long lost friend and completely disregarding how uncomfortable I actually felt. I decided to team it with my favourite £3 skirt from H&M (best find of 2016 fashion-bargain wise) and go for the all black look. While undeniably chic, I find an all black outfit combined with a casual heel goes a long way for elongating my ridiculously short physique and like I said in my last post – this winter I am all about the silhouette!

Are you embracing sweaters yet, or are you far more sensible? Let me know! 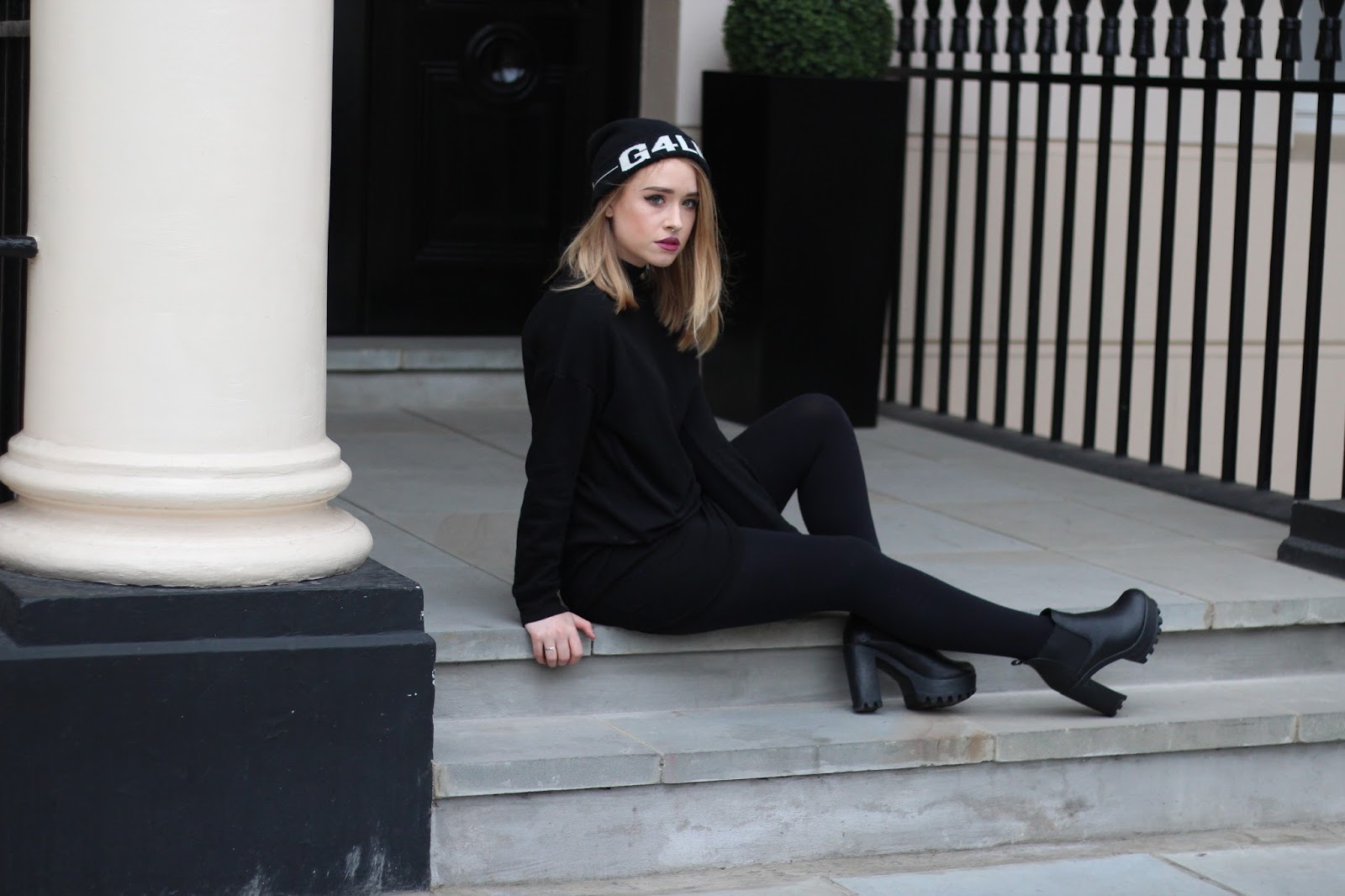 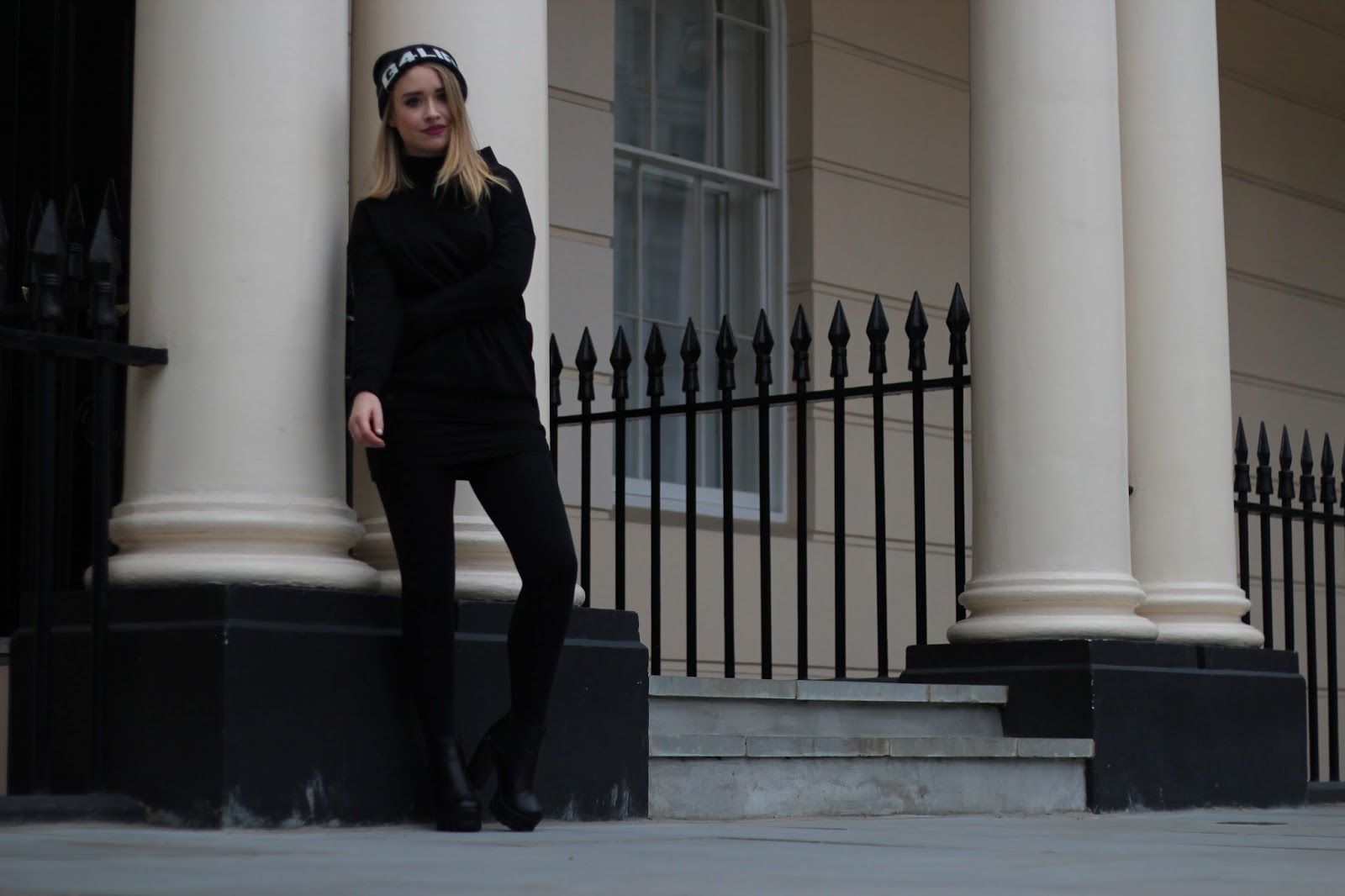 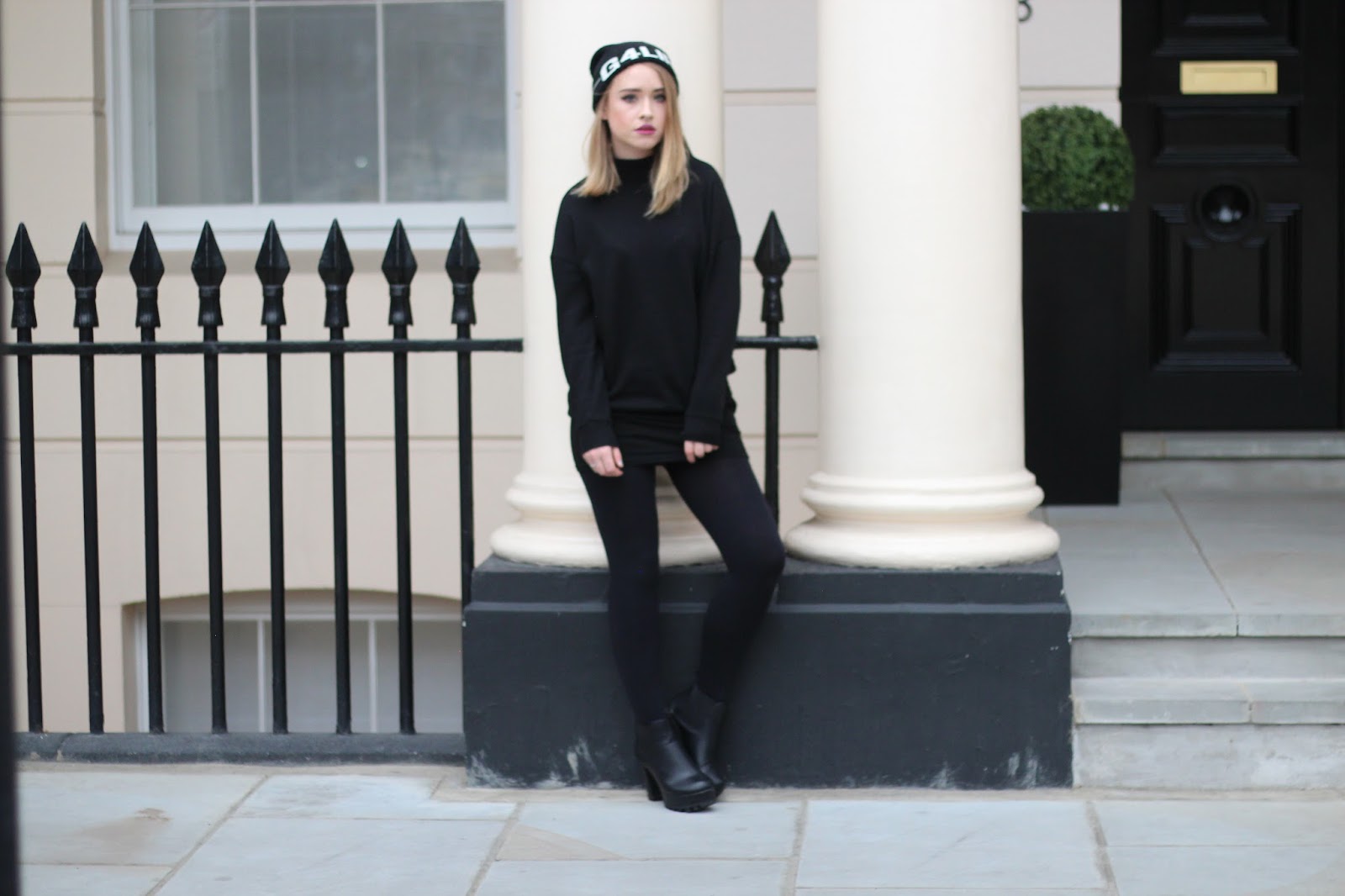 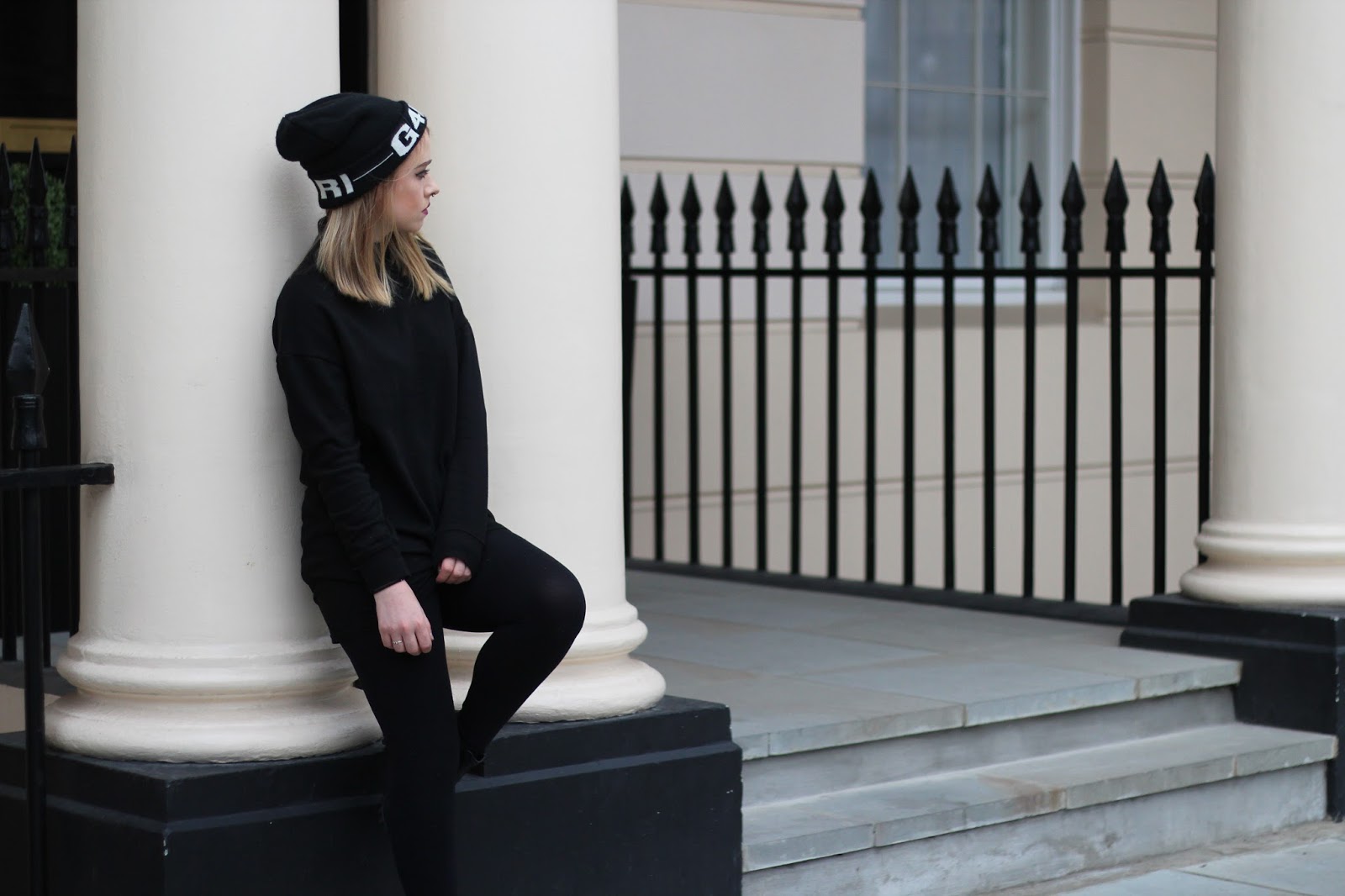 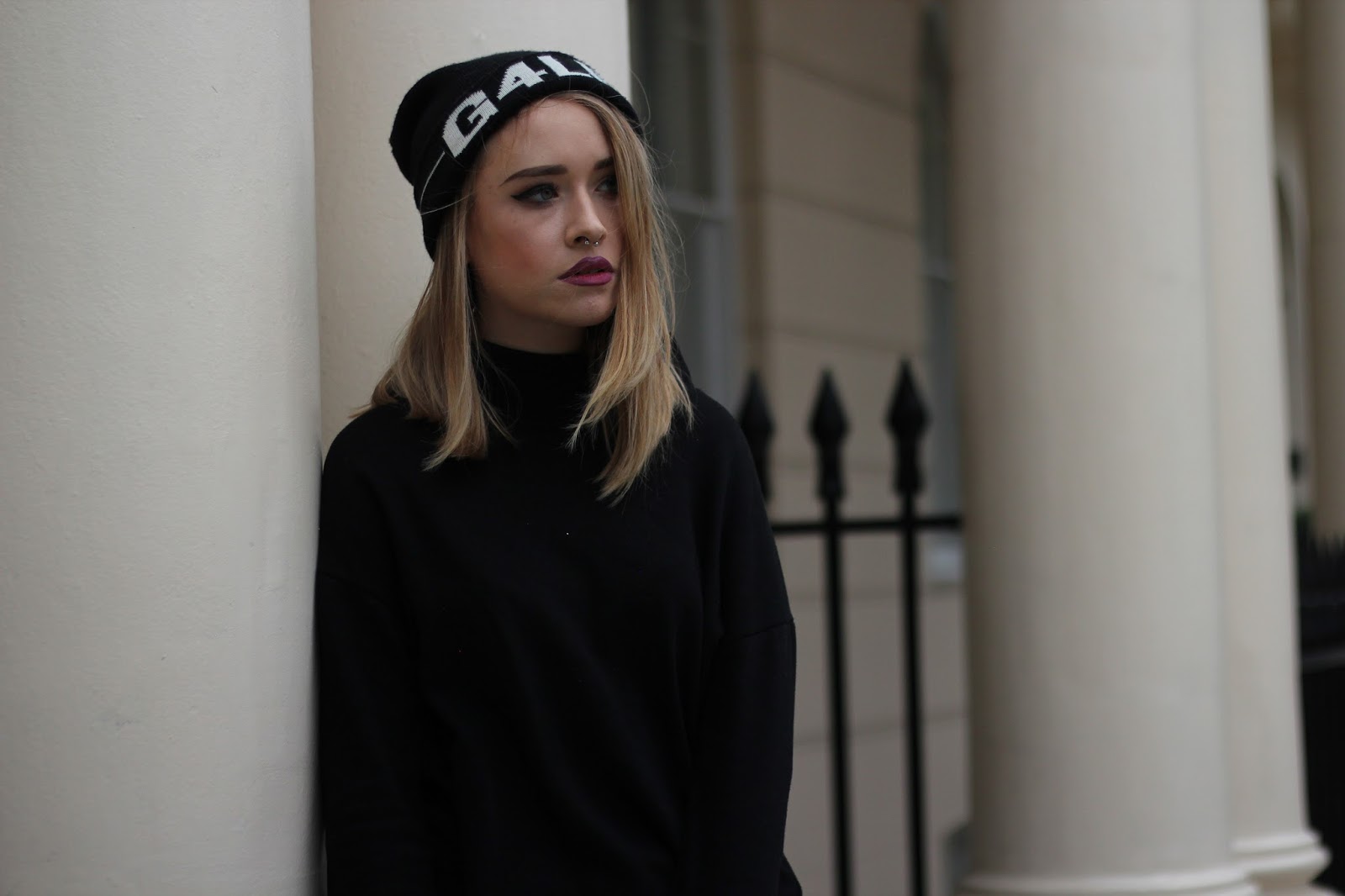 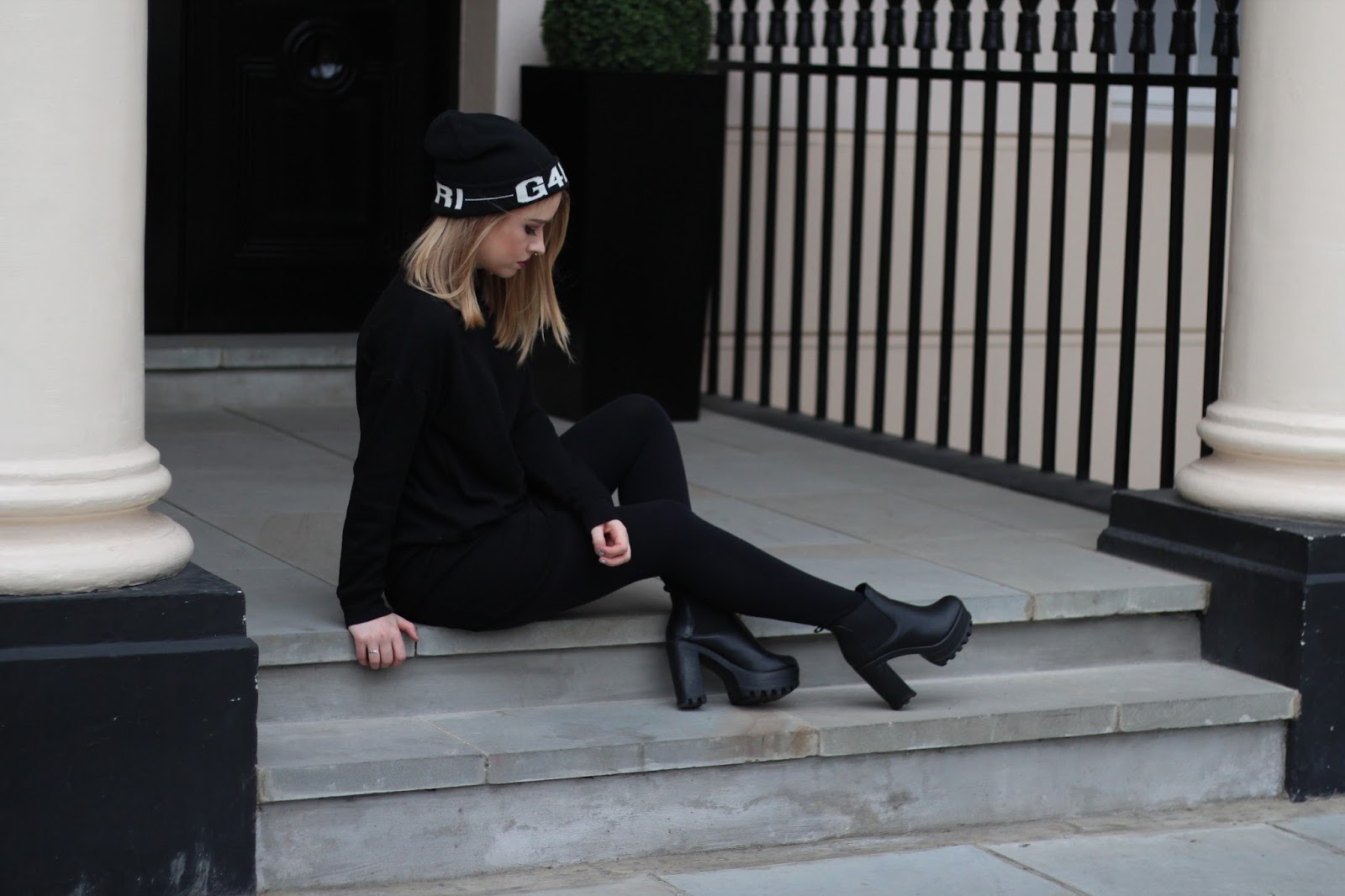