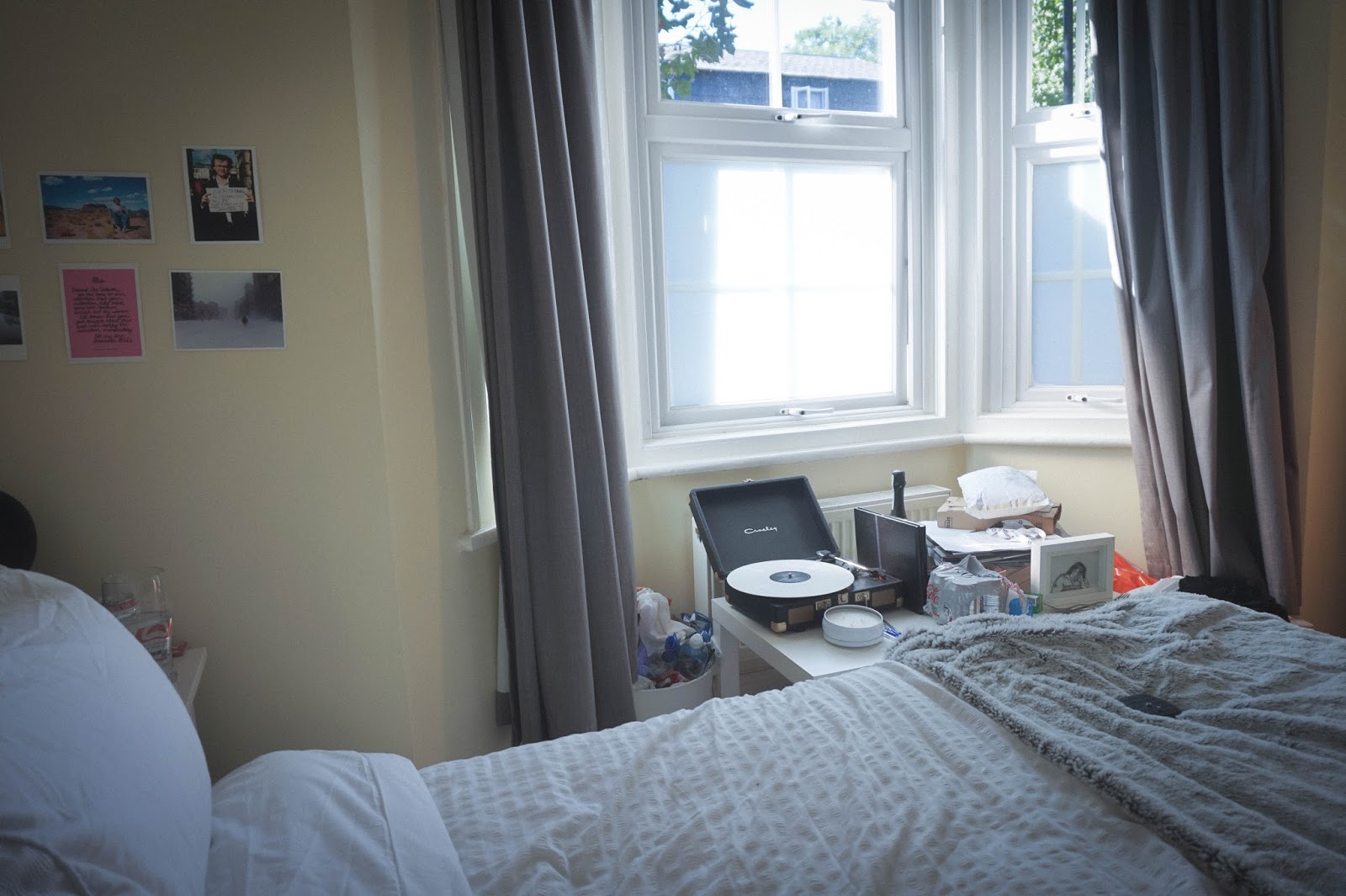 I love my apartment.
For a girl who moved around so much when she was little, it’s difficult to associate the word home with a dwelling anywhere aside from the house I’ve lived in the longest. In the North.
But in the 5 months I’ve lived in London, number 91 has become home.

It’s not Pinterest worthy by any stretch of the imagination.
My carpet is completely worn down by the previous occupiers and none of my furniture matches. My bed isn’t a full sized double and there’s damp on the bathroom ceiling.
The toilet broke this week so now we have to reach into the cistern to be able to flush it, and no matter how much we clean the place it always looks just that little bit dirty. Lived in dirt though, not dirt dirt.
Our garden is completely overgrown, it looks like a jungle and we have a friendly neighbourhood fox that we have affectionately named Eliza who likes to prowl it in the evenings.
When we have parties, the lady next door gives us bottles of wine or Baileys over the garden fence.

I love my housemates. Between us we’re Monica, Rachel and Samantha (from SATC) and our nights in front of the TV are some of my favourites around.
Home wouldn’t be home without my boys, and I’ll always be grateful that they’ve taken me under their wings so completely.

In the few short months we’ve lived together, there’s been tears, breakups, make ups, declarations of love, one absolutely unbeatable BBQ, and the housewarming to end all housewarmings. There’s been theatre trips, dinners out and nights trying to persuade me to join them at the gym.

There’s been debates over what colour bathmat to buy and is lime green really a good colour choice for the bathroom (it is). There’s been hungover trips to local cafes for brunch, and the healthy debate on the way home over whether or not to get fried chicken as well (or just chips for me). We bitch and moan at each other, but we love each other no matter what and thats what is important.

London for me is so much. It’s the city which has been a constant source of inspiration for years, it’s my job, it’s my friends, it’s the people. Its the experiences. It’s the whole goddamn beautiful amalgamation of everything that makes this city so spectacular and I adore every single day that I’m lucky enough to call it home.