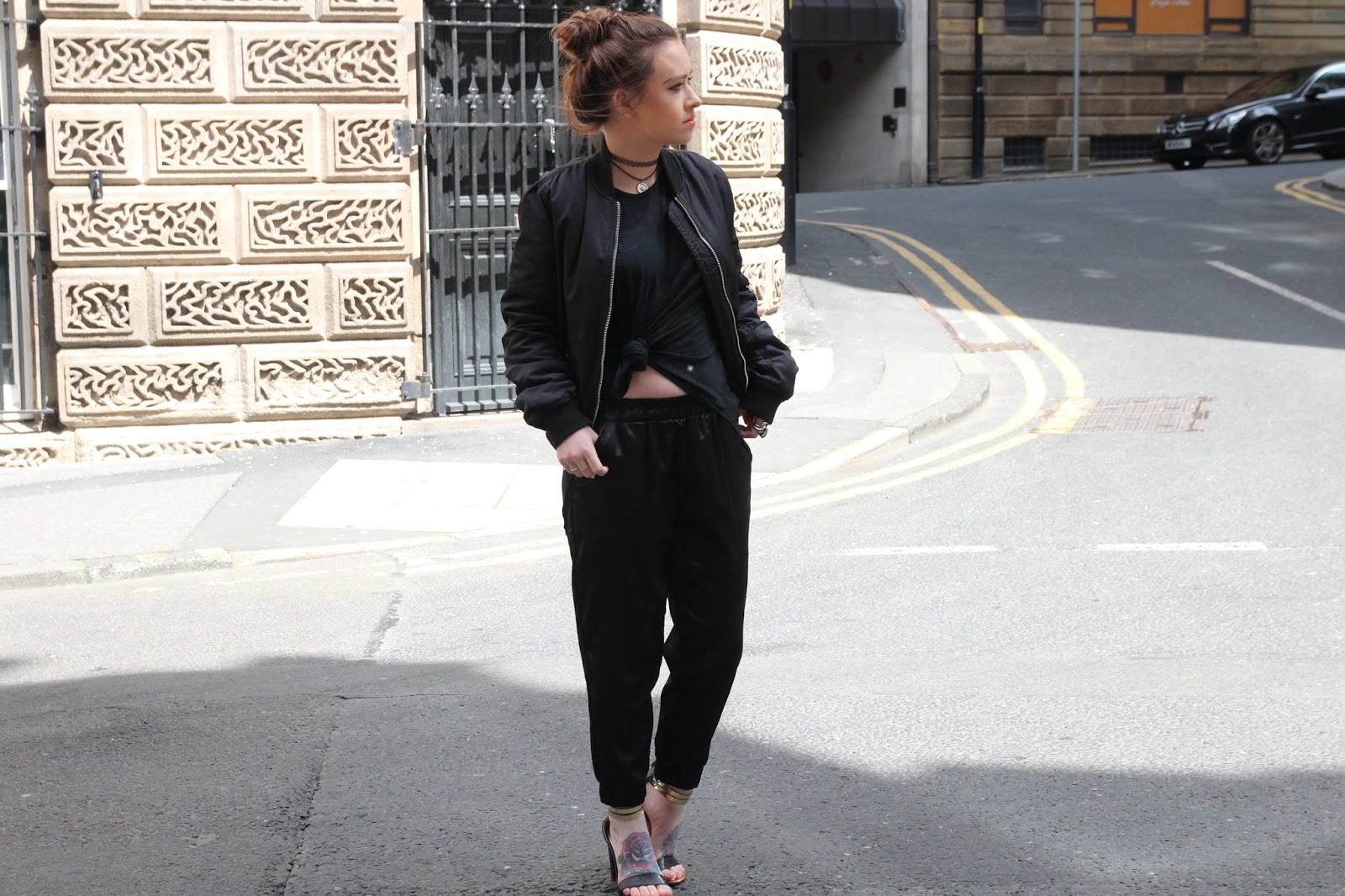 I’m writing this while procrastinating doing the washing up. I swear since I’ve moved into my flat I’ve not done anything other than clean and tidy and cook but I’m slowly starting to settle into the routine of things which means that regular posting will resume on this blog – especially when my broadband gets connected on Wednesday.

SO basically since becoming all ‘career girl living in the big city’ – seriously guys , my job title now has executive in it…I’m a bloody executive (!!) – I feel the need for a wardrobe and general life makeover. I want my wardrobe to reflect my job and my new transition and by no means am I going to shy away from my beloved joggers and comfy tops, but I want to dress them up a little more so I look more like the 23 year old woman I actually am.

I was heading off to Filthy Cow that morning for the second time since moving to Manchester (blog post coming next week, Holy wow I have an addiction to the place) and then for a wander round Selfridges and I wanted to look smart and sophisticated while not having the money to splurge on an entire new wardrobe. I’ve definitely put on a bit of weight since moving to Manchester, so these joggers from Trend Two were my go to choice as they’re one of the most flattering pairs I own and manage to nicely disguise the added inches. Dressed up with a pair of heels they immediately went from casual to classy and made sure I felt comfortable as well as stylish.

On the top half I wore my Topshop bomber to protect me from the elements (I’m living in Manchester after all) and underneath it I decided to experiment with my my RUNWAY sheer longline vest. Normally I will wear this as it is, letting it hang down for a layered effect, however I decided I wanted a slightly more defined silhouette so I decided to gather it in a knot at the side and I LOVED it.

This slimmed down my whole silhouette, showing off my curves while still keeping my tummy covered and allowing me to feel confident even after the biggest burger I’ve ever eaten in my life and the inevitable food baby that followed.

I feel like this is one of those outfits that actually looks better in person and then when you look back at photos you’re just like whyyyyy?! Does anyone else get this or is it just me?!

Related posts: ‘Sometimes, I doubt your commitment to sparkle motion‘ | ‘I’ve found the one, and I’m not talking men’ | ‘Why crop tops in April are never a good idea‘ | 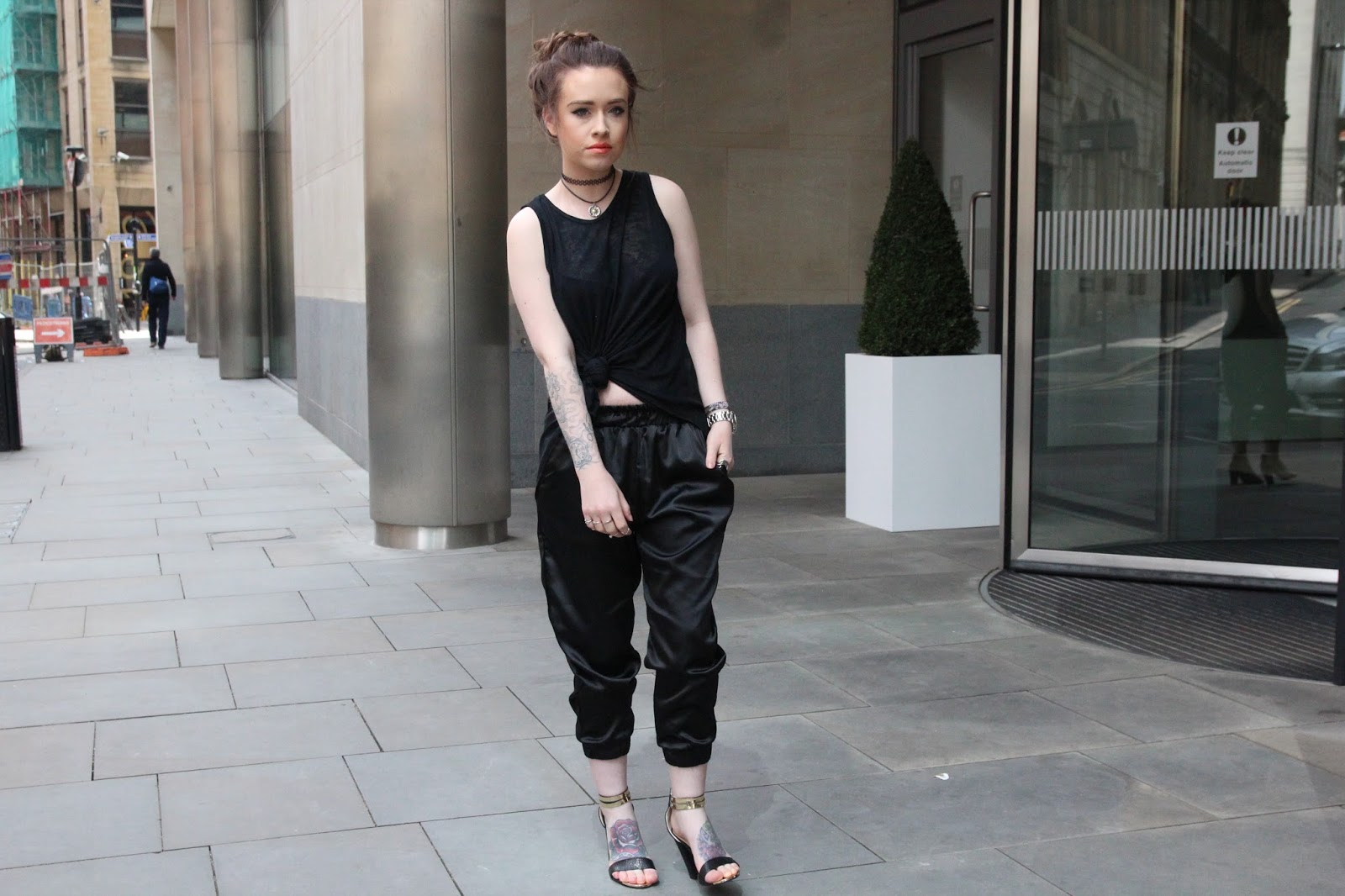 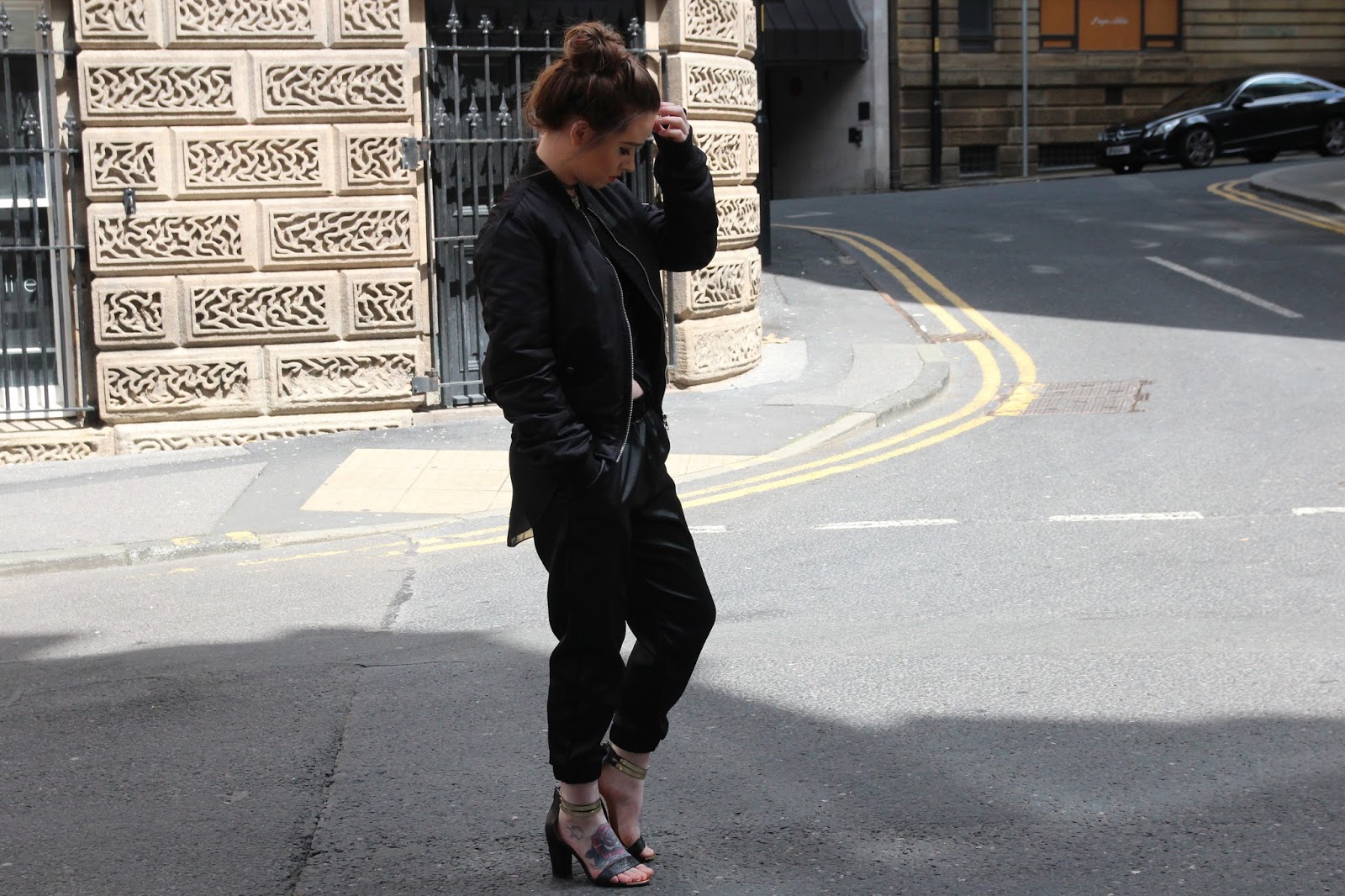 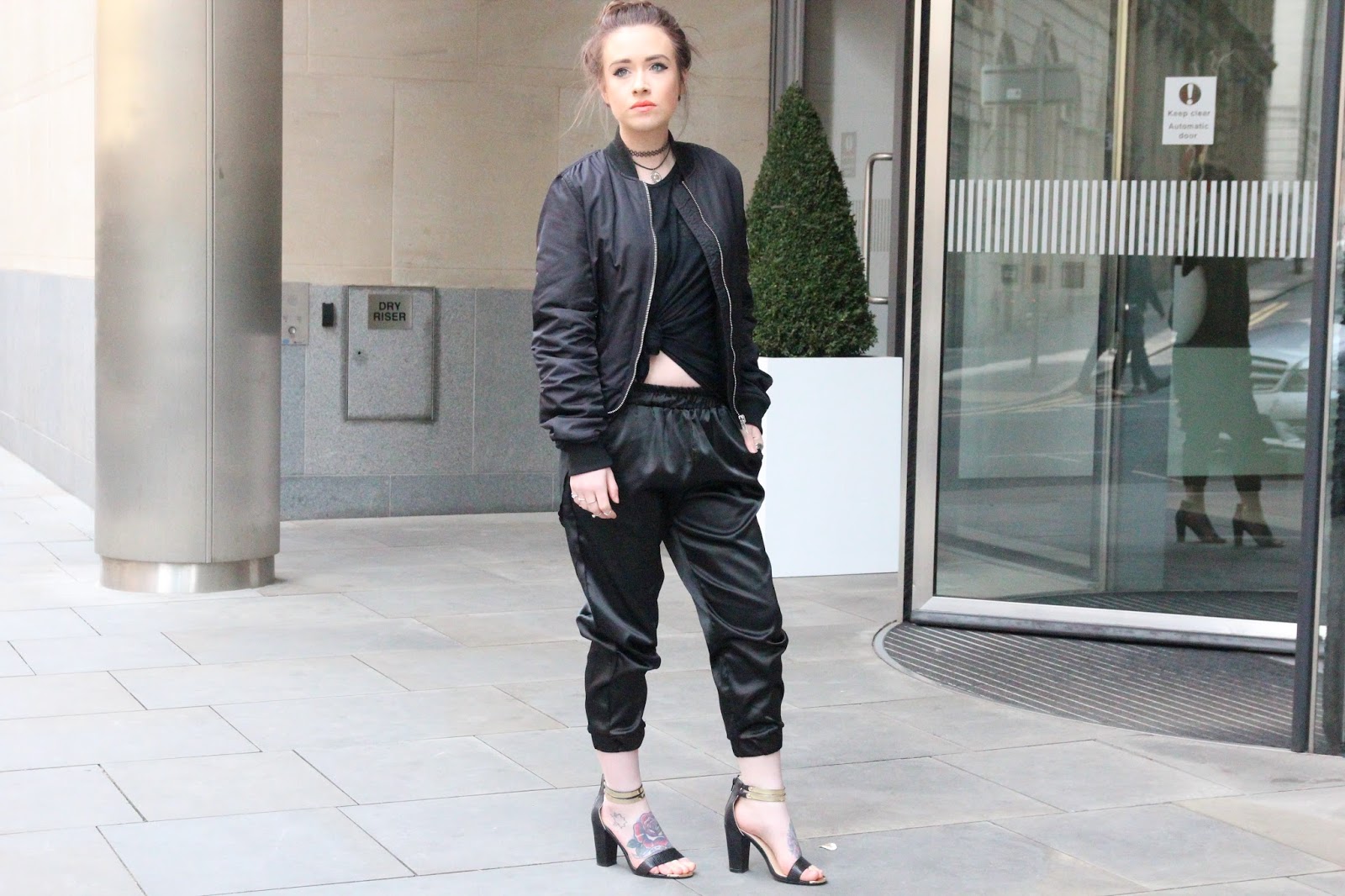 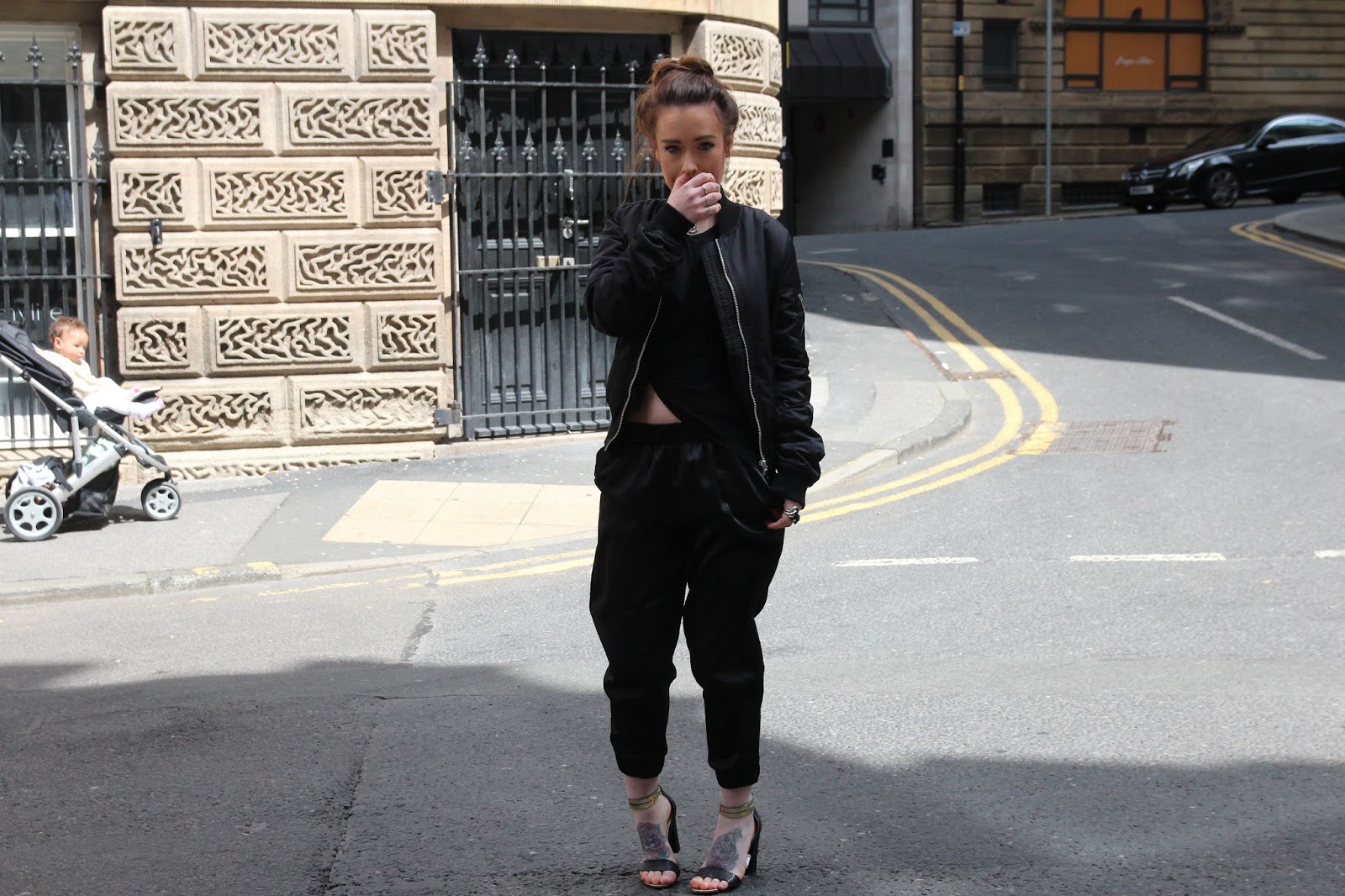