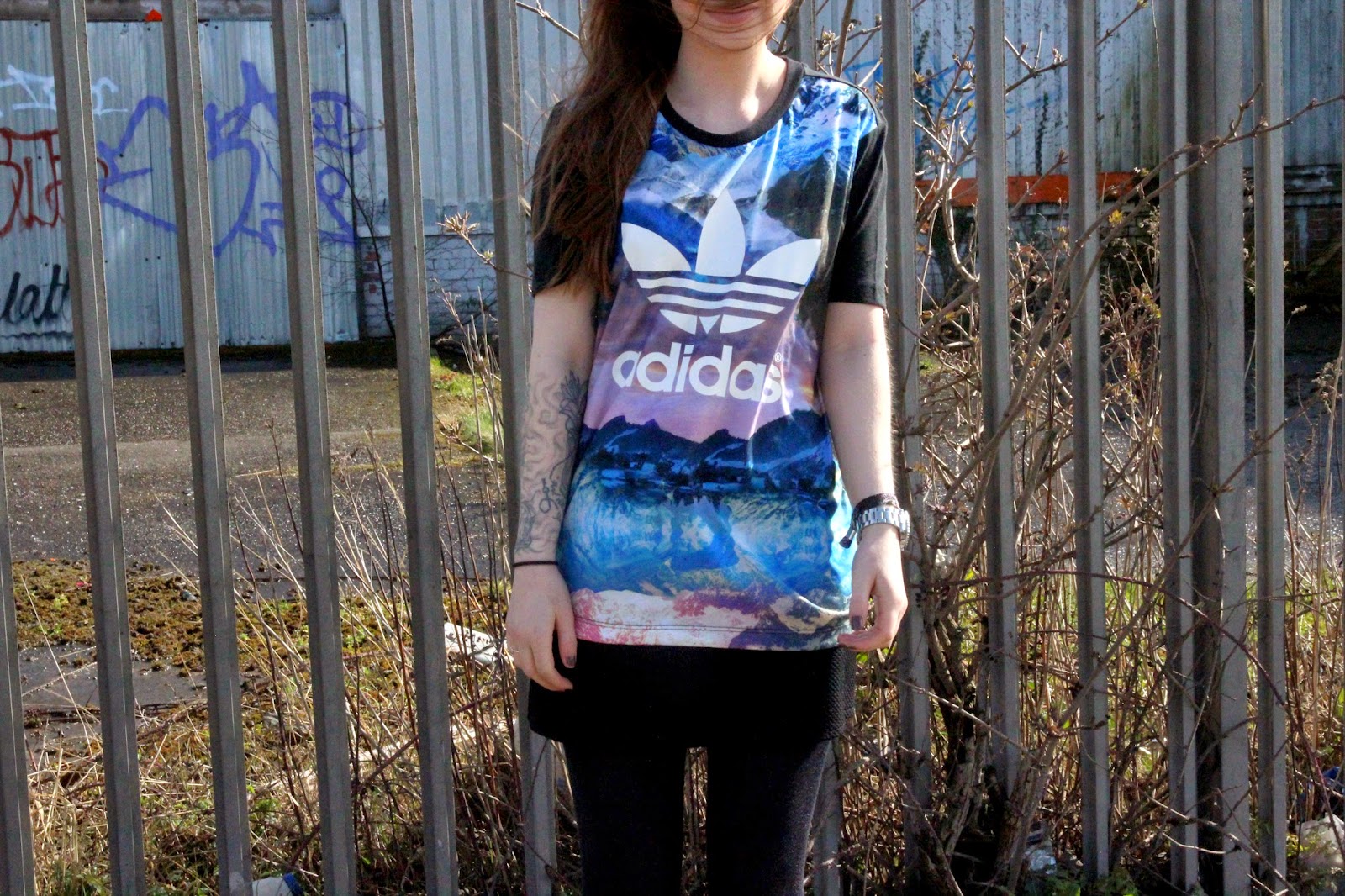 I’ve kinda fallen out with my camera at the moment. For some reason, ever since I shot in weird light conditions in London for work last week, every image is coming out hugely grainy. I’ve checked all my settings including ISO and everything and I just don’t get it. But whatever. I’ll work with what I’ve got for now.
SO the weather’s been interesting recently huh? Now don’t worry, I’m not about to start the typical English small talk of ‘ooooh haven’t we had some awful weather recently?‘ and ‘I think we’re due a storm you know‘ and don’t forget ‘I went out without a coat on today, summer’s on it’s way!!’ – I’m merely commenting on how much of a pain in the ass it was for blog shots. I mean to start with, it was bloody freezing, I’m not even going to try and sugarcoat it, I was cold. Most of the shots we got were unusable purely due to the interesting facial expressions I was pulling at every ice cold gust. It also meant the hair in the face situation got a little ridiculous but my beanie just wouldn’t sit right. Ultimate frustration.

Anyway, I’ve been wanting to wear this amazeeee Adidas Originals t-shirt on the blog again since I got it in like October last year but it just hasn’t been warm enough. Says the girl who wore cropped tops in December. It’s still not warm enough. BUT WHATEVER. Last week I wore it and it was good. Teamed with my Urban Outfitters a line skirt which I’ve literally worn constantly this month, my Blink-182 tour hoodie (reunion tour ftw!) and my trusty office shoes I wasn’t ready to rock so much as sedately nod along to the music.

I don’t know what I’m talking about. There was no music. I was attempting a metaphor to express how little I was feeling it on Sunday but it failed. Basically I was in a grim mood, it had been a heavy weekend and I was tired. That combination does not a good outfit shoot make. I have four days off now though thanks to Easter (three cheers for office hours) so I’m planning on hammering out the outfit shoots to get a nice backlog going for the coming weeks. I know I’ve been slacking. 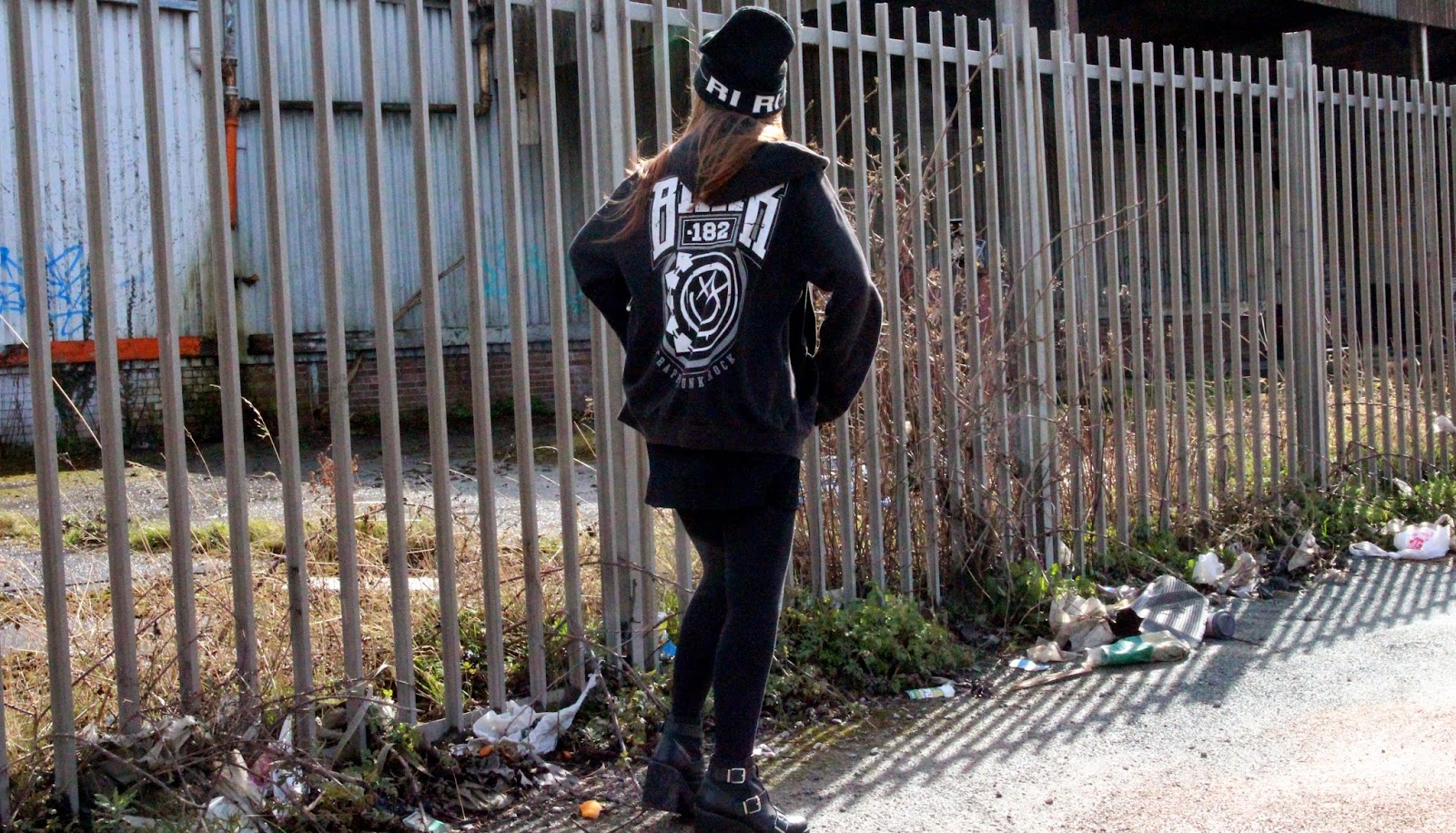 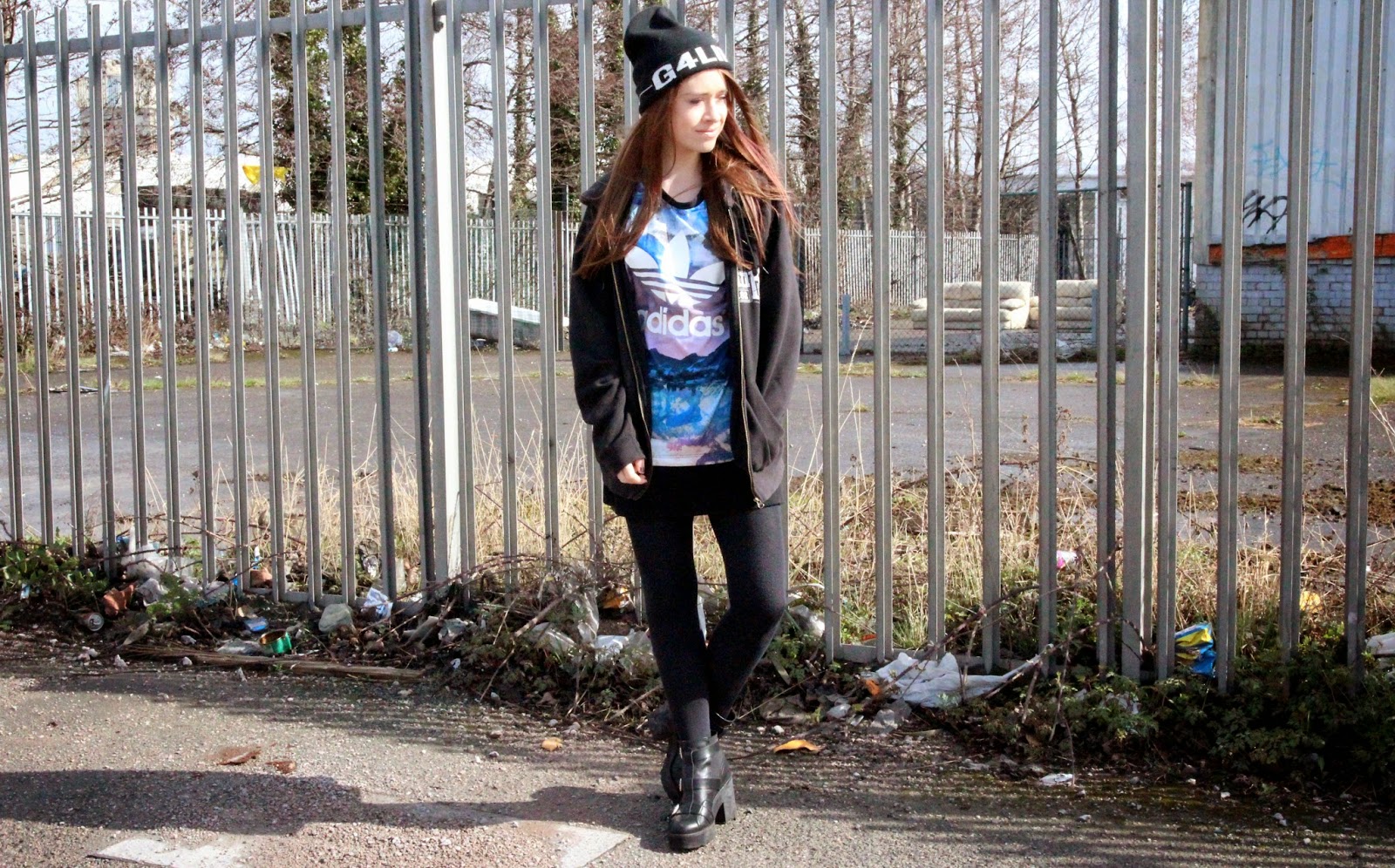 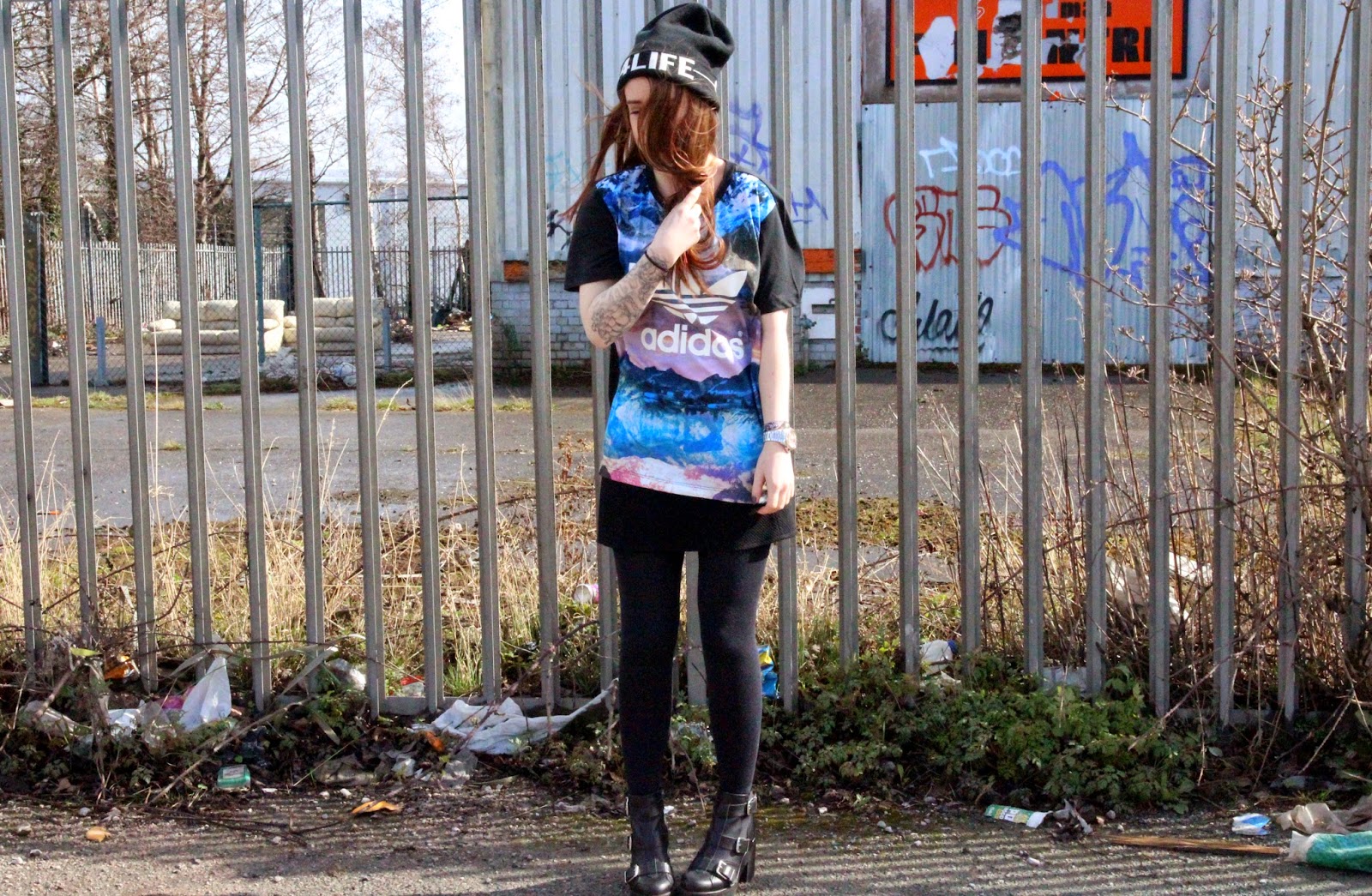 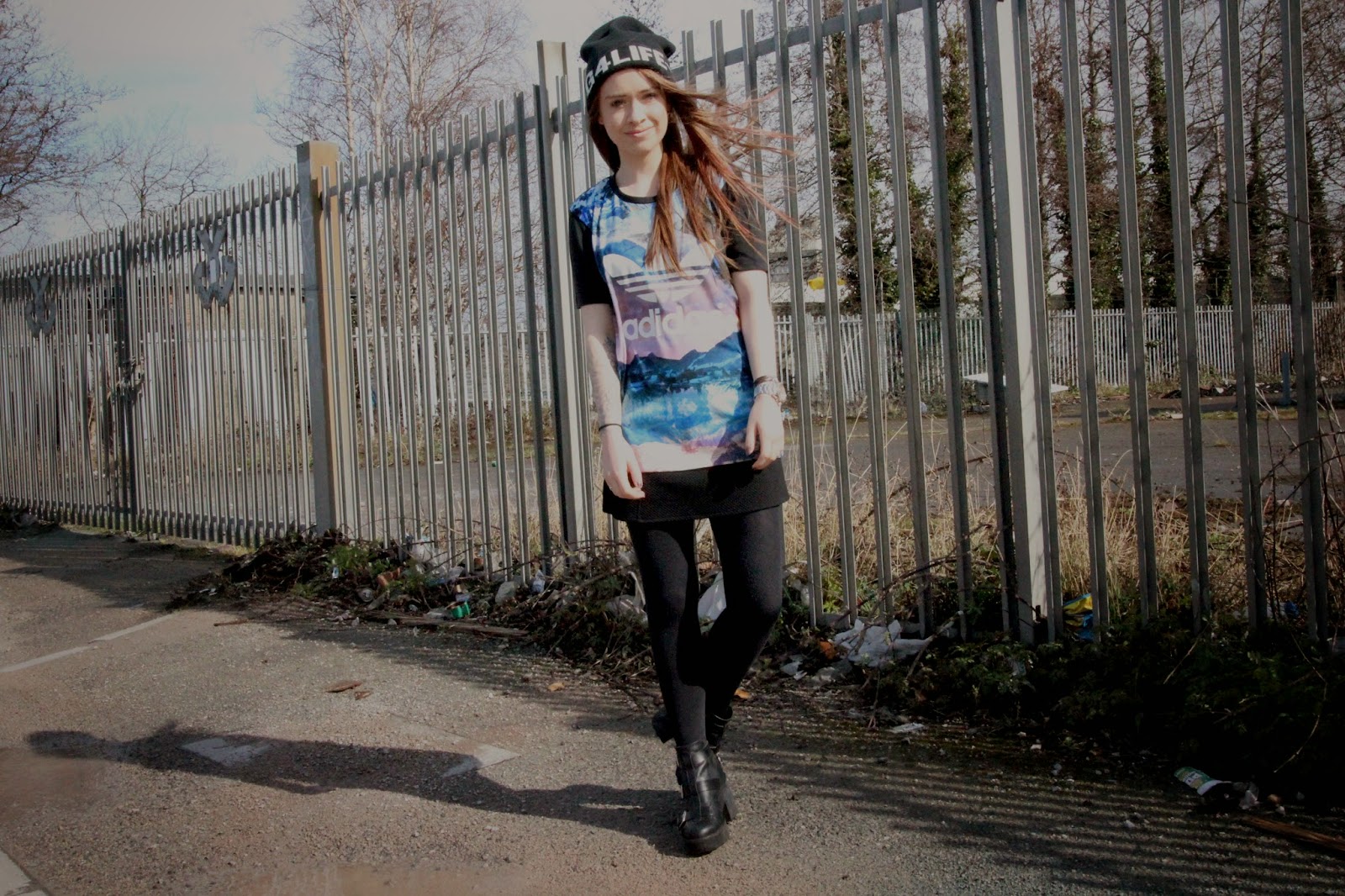 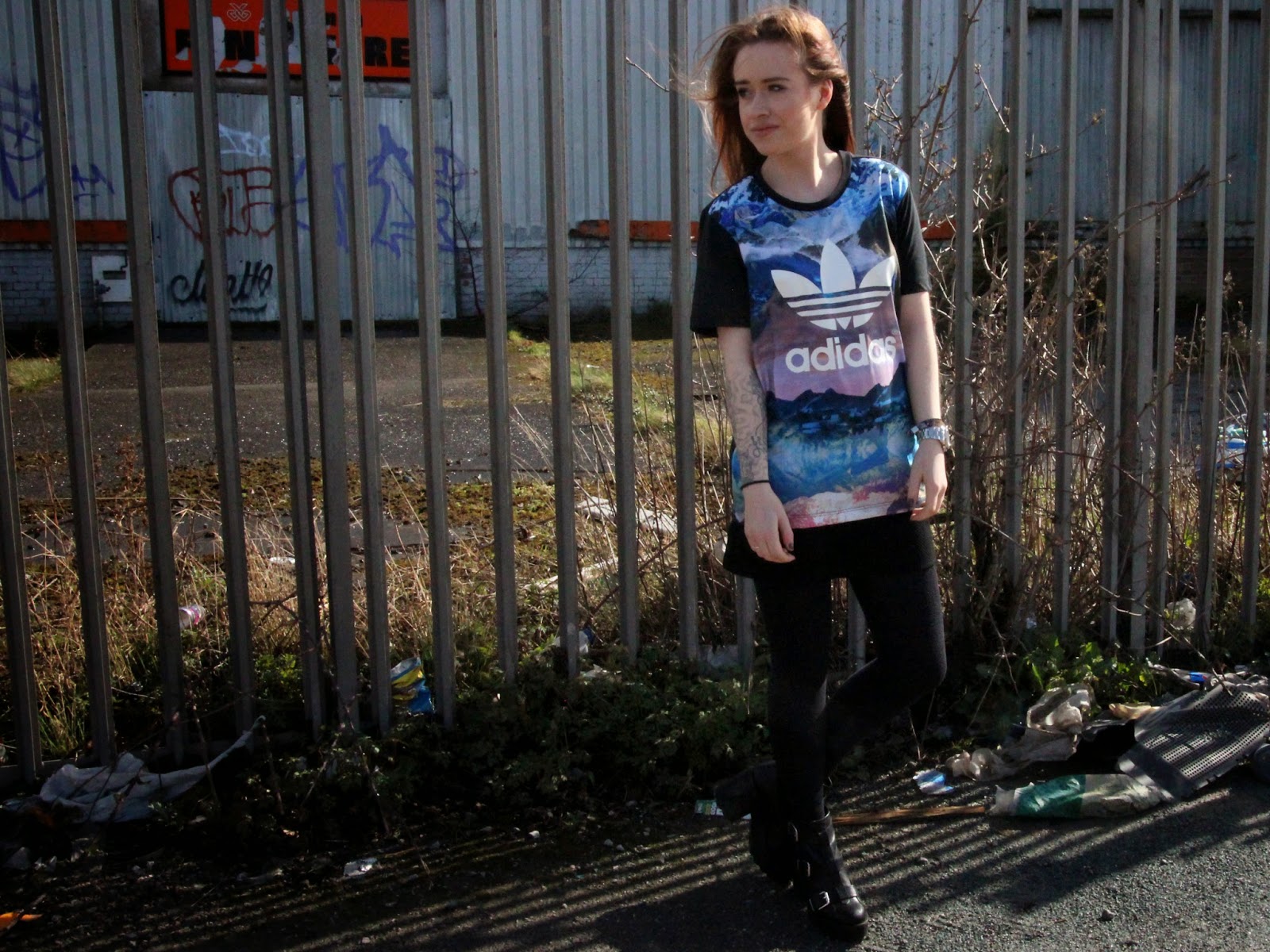